Reba Won’t Be Returning As CMA Awards Host, So Who Will It Be? 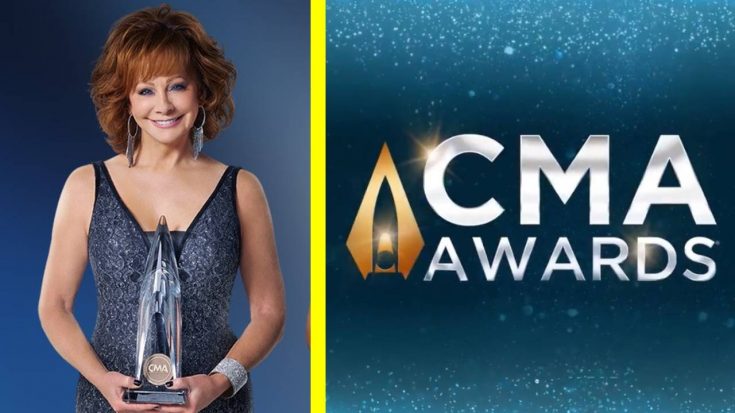 For the last two years, Reba McEntire has co-hosted the CMA Awards. In 2019, she co-hosted alongside 12-time host Carrie Underwood and the legendary Dolly Parton.

TONIGHT'S THE NIGHT! The #CMAawards hosted by @CarrieUnderwood with special guest hosts @Reba McEntire and @DollyParton is LIVE at 8|7c on @ABCNetwork! You won't want to miss this! pic.twitter.com/lCRgeIKGMq

For the 2020 show, which was scaled down and hosted at Music City Center due to COVID, she was joined by first-time host Darius Rucker.

It was recently announced that the 2021 CMA Awards will take place on Wednesday, November 10 at Bridgestone Arena. Unlike last year, general public will be able to buy tickets to the awards show. In a new announcement, CMA CEO Sarah Trahern said, “Due to TV production protocols and venue and local rules, we will require all ticketed audience members to show proof of full COVID-19 vaccination and wear masks unless actively eating or drinking.”

While the show is only five weeks away, an announcement about a host has not been made, though we now know who will not being hosting the show.

During a recent interview with Billboard, Reba McEntire was asked if she’d make it a three-peat and hose the CMA Awards for the third time in a row. She said, not “to my knowledge.”

Billboard also reports that “the CMA confirmed that she will not be hosting and that it expects to name the new host in a few weeks.”

The verbiage that was used was singular, so we assume there will only be one host unlike that last several years. Who do you think it will be? Let us know in the comments.

The moment we've all been waiting for… congratulations to all of this year's #CMAawards nominees! ✨