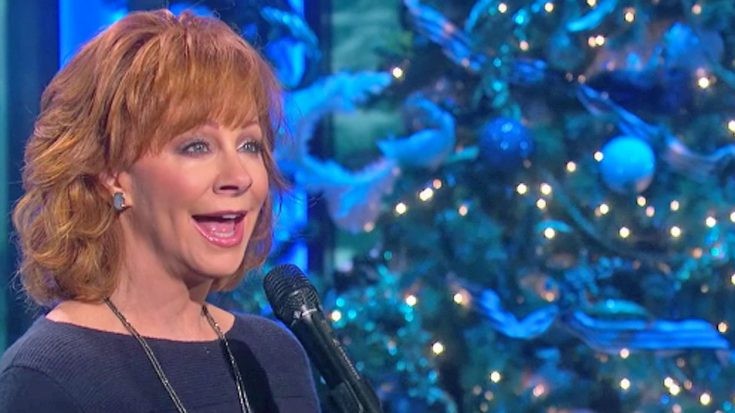 Led by American Idol champ Kelly Clarkson, some of Nashville’s best came together for a one-of-a-kind benefit concert at Music City’s Bridgestone Arena.

Reba McEntire, Ronnie Dunn, Kelsea Ballerini, RaeLynn, Steve Wariner and Chip Esten were among the stars tapped to participate in the holiday-themed concert to raise funds for four Nashville-area charities.

It’s #Reba Try-On Week at Dillard’s Oct 28 – Nov 3! Try on a regular price pair of Reba Denim at your local @dillards and be entered to win a $1,000 Reba wardrobe. No purchase necessary to win. In store only.

One of our favorite performances of the night came from Reba who sang “Hard Candy Christmas.” The song was made popular by Dolly Parton who sang the tune in the movie The Best Little Whorehouse in Texas in 1982. Parton’s version reached the Top 10 on the country singles charts in the fall of 1982. “Hard Candy Christmas” has since been covered by a long list of artists, from June Carter Cash to RuPaul.

The Best Little Whorehouse in Texas (1982)THE REVIEW: http://basementrejects.com/review/the-best-little-whorehouse-in-texas-1982/

Posted by Basementrejects on Sunday, June 5, 2016

Reba covered the song for her newly released Christmas album, “My Kind of Christmas,” her first holiday album in 17 years. The country music legend delivered a rousing performance of the tune Friday night, and it’s definitely worth sharing! Check it out below.