Reba McEntire Could Win Another Grammy For “Does He Love You” 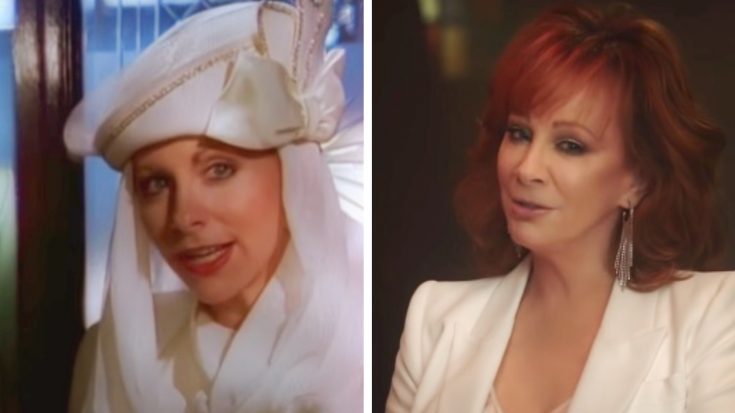 The nominees for the 2023 Grammy Awards were announced on Tuesday (November 15). Reba McEntire and Dolly Parton earned a nomination in the Best Country Duo/Group Performance category for their rendition of “Does He Love You.”

McEntire originally released “Does He Love You” as a duet with Linda Davis in 1993. The duo took the song to the #1 spot on the Hot Country Songs chart in the U.S. It was also a #1 hit on the country chart in Canada.

“Does He Love You” led McEntire and Davis to a Grammy win in 1994. They won the award for Best Country Collaboration with Vocals. The Los Angeles Times once described the award, saying it was bestowed upon “[country] artists who do not normally sing together.”

The Best Country Collaboration with Vocals trophy was last awarded in 2011. In an effort to reduce the number of categories, the Grammys merged the award with two other categories to form the current award for Best Country Duo/Group Performance.

Fast forward to 2021. McEntire remade “Does He Love You” as a duet with Parton. They also filmed a music video for their version of the song.

Now, nearly 30 years after “Does He Love You” won a Grammy, McEntire and Parton’s version of the song is nominated for its own award. That means McEntire could win two Grammys for the same song!

The significance isn’t lost on McEntire. She reacted to the news of her latest nomination, saying:

“Never thought I’d get a #grammy nomination for the same song a second time! That’s the power of a great song, written by Billy Stritch and Sandy Knox, and great duet partners like Linda Davis and now Dolly Parton! Thanks to everyone who voted. Thank you Dolly for making a dream come true by singing with me on this new version of ‘Does He Love You.'”

We have to wait until the Grammys ceremony on February 5 to find out if McEntire and Parton win in their category. In the meantime, enjoy their version of “Does He Love You” in the video below.