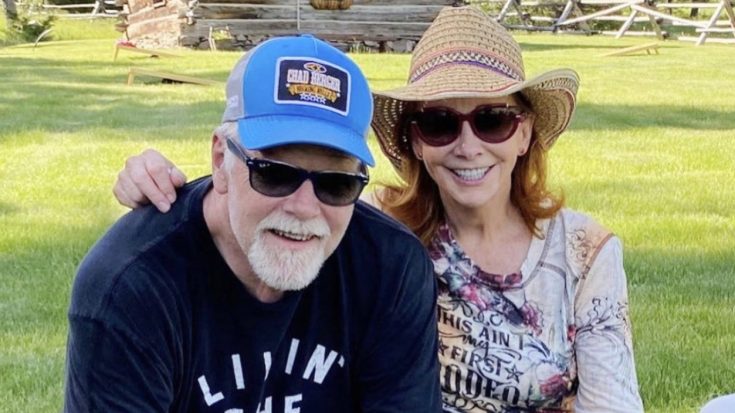 All eyes were on Reba McEntire at the CMA Awards on Wednesday night. Not only is she hosting and performing, it also served as the first event she and her new boyfriend, actor Rex Linn attended together.

On the October 5 episode of her podcast with Melissa Peterman, the award-winning singer revealed that she is dating a new man. They first went to dinner in mid-January and really hit it off!

The actor shared an Instagram post from that night and wrote, “Had a fantastic dinner with this Oklahoma girl. Tater Tots and Ketchup included.”

In recent weeks, it seems these two – who lovingly call each other “Tater Tot” and “Sugar Tot” – have become inseparable. In a recent Instagram post, McEntire said they had taken up farming and got a rooster named Mr. Pecker.

They took their love from the farm to the stage as Linn accompanied his lady love as her date to the CMA Awards.  Check out some photos of them below.

@reba and boyfriend, Rex Linn made their red carpet debut tonight at the #CMAawards! ? Read how their relationship is affecting her music at the link in our bio.

McEntire and her co-host Darius Rucker even made a joke about their relationship in their monologue! Check it out below.