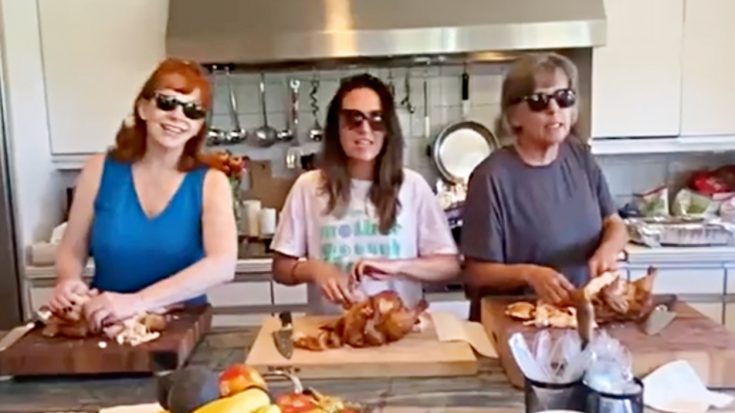 Reba McEntire debuted a hilarious new song from her 4th of July gathering.

The country star gave viewers a glimpse at her Independence Day celebrations by introducing followers to her improvised kitchen band Smoke Your Chicken Chicks. Reba and the other women of the band wore sunglasses as they gave a grad performance about their holiday food. While the group stood around their food prep on an island countertop, the singers serenaded fans with a rendition of a song dubbed “Smoke The Chicken.”

While the woman sang around cutting boards and poultry, they were accompanied by a guitar, and Reba’s boyfriend, Rex Lynn, even played the drumsticks. Lynn also served as the announcer and introduced each member of the impromptu band.

Watch the full video in the clip below.

Not only did Reba share a memorable 4th of July jingle, but the singer also gave fans a peek at her private life with friends and family.