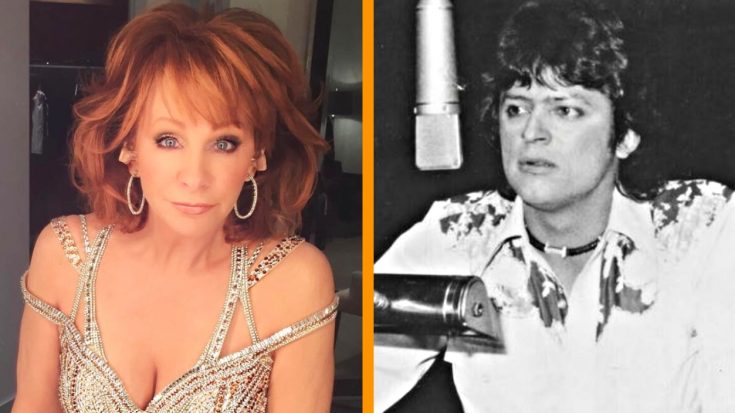 It’s no question that Reba McEntire has a reputation for making men weak at the knees. The singer, songwriter, and actress has unintentionally been stealing hearts for decades and hasn’t slowed down even with age. From her bubbly personality to her gorgeous red locks, some might just say she has it all. But little do people know, Reba had a crush of her own.

Reba’s successful career began at a young age. While attending Southeastern Oklahoma State University, the singer got invited to perform the national anthem at the National Rodeo in Oklahoma City. From that day forward, her life was forever changed. Reba caught the eye of country artist, Red Steagall, who prepared her for a Nashville career. In 1975, Reba signed to Mercury Records pole-vaulting her into the country music world. From that point on, Reba has gone on to have a wildly eventful career full of surprises and new opportunity.

24 years ago today, Reba's #ReadMyMind album featuring the hits "And Still" and "Why Haven't I Heard From You" was released #tbt #throwbackthursday

While Reba has proved herself to the world, it’s no wonder she’s a popular crush amongst country stars. The charming Dustin Lynch has admitted on several different occasions that Reba is his lifelong crush. Being the farthest thing from shy, Lynch’s fans even began catching on and started wearing Reba shirts to his concerts. Just this year, Reba surprised the young singer at his Grand Ole Opry induction.

While both the singers performed at the 2018 CMA Country Christmas special, the host admitted that she’s flattered by Lynch’s love toward her. During a pre-show interview with Taste of Country, she was asked if she can relate to having a country crush in the industry.

“Yes, I did have a crush when I was getting started in the business, or even before when I was in college. Johnny Rodriguez. So cute.”

Rodriguez was one of country music’s most successful artists in the 1970s and 1980s. He had an array of hit songs including “You Always Come Back To Hurting Me” and “Desperado.” The popular singer incorporated Latin sounds into his songs, creating a unique and different experience for listeners. By the end of his career, Rodriguez had released 26 albums and 45 charted singles.

Watch Rodriguez perform “Ridin’ My Thumb To Mexico” to understand why Reba had a crush on him!