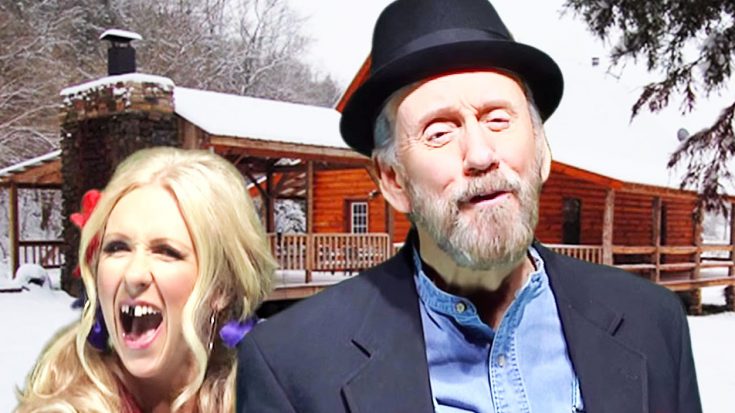 Everyone knows that Ray Stevens is country music’s resident funny man. He’s known for his many comedic novelty songs, including “The Streak” and “Mississippi Squirrel Revival.”

So it only made sense that Stevens carried his signature sense of humor over to his first Christmas album.

Stevens released Ray Stevens Christmas: Through a Different Window in 1997. It peaked at the 69th spot on the US Country Charts, and is the most successful of his two Christmas albums.

The Most Hilarious Christmas Songs Ever

Ray Stevens Christmas: Through a Different Window is comprised of a whole batch of Christmas-themed novelty songs. One of those songs, called “Redneck Christmas,” had folks crackin’ up from the second they heard it.

In the song, Stevens sings about all of the things he’s done in preparation for Christmas with his redneck family. He sings of all the delicious food they’ll eat (like possum stew…yum!) and talks about the decorations they’ve prepared. He hilariously describes a few of their decorations, explaining how the family bull even got festive for the occasion:

“Oh we ain’t nevr seen ther raindeer,
But we painted the bull’s nose red (moo).
Put runners under the outhouse,
And we’re usin’ it fer a sled.“

Typically, Stevens will film his music videos years after he’s originally released a song. Such was the case with “Redneck Christmas,” which was released in 1997 and didn’t get a music video until 2012. But it was well worth the wait!

Get Ready To Laugh Until It Hurts

The video features Stevens in front of a green screen background that changes to project different scenes across it. He’s seen everywhere from his redneck family’s farm, to “downtown,” to a department store. He also dons a gray beard and plays the part of his grandpa, who apparently likes to hang out in the outhouse!

Stevens has a lovely young lady as his co-star in the video who plays the part of his redneck wife. She jumps in every now and then with some comedic commentary on what Stevens is singing about, and makes goofy faces in the background to add to the comedy. But that gal can also play a mean fiddle, as she shows off at several points throughout the clip.

If you want to show your family and friends something hilarious this Christmas, then this video is the thing! From the second it starts, everyone is sure to be consumed by side-splittin’ laughter.

You can check out Steven’s video for “Redneck Christmas” below. Merry Christmas y’all!