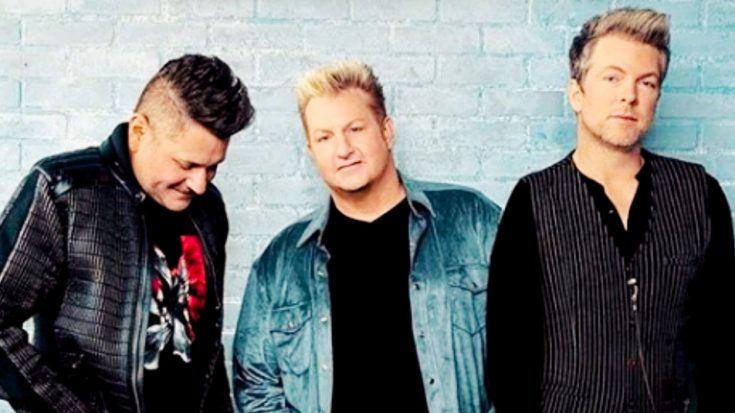 In January, Rascal Flatts announced that after 20 years of touring and recording together, they were going to embark on a Farewell Tour this year. The news shocked country fans, who immediately wondered if a riff in the group was the reason for the tour.

But the members made it clear there is no animosity between them. Instead, they said they decided now was the time to say “farewell” and take a much-needed break.

When we started out 20 years ago, we could not imagine all of the people, places and gifts we would encounter. As we head out on the Rascal Flatts Farewell – Life is A Highway Tour, there is no sadness. Just new chapters, new journeys, and new beginnings. This year, and this tour, is all about YOU. Register for first access to tickets and leave a Flatts memory on the fan wall at the link in bio.

When announcing the Farewell Tour on CBS This Morning, Rascal Flatts’ lead vocalist Gary LeVox said they simply needed to slow things down after 20 years of basically non-stop touring:

“We haven’t really had a break in 20 years,” LeVox said. “We haven’t had time to reflect.”

But even though the group is embarking on a final tour, they are still willing to work together in the future.

During that initial interview, group member Jay DeMarcus made it clear they weren’t going to end their working relationship after the Farewell Tour:

“We’re not gonna sign some pact that says we’re never gonna tour again or something like that,” DeMarcus said during the trio’s visit to CBS This Morning. “We all still love each other.”

@crsofficial. Then and now! We had the honor of playing the Super Faces show in 2004 and this week, we returned to celebrate 20 years with our friends at country radio. What a blessing!

DeMarcus doubled down on those comments while speaking at the Country Radio Seminar in Nashville.

CMT quotes DeMarcus, who once again clarified that just because they’re saying “farewell” for now, they’re not saying “goodbye” forever. But he also wanted fans to know the band has no plans to work on any projects or perform in the immediate aftermath of the Farewell Tour:

“And we haven’t signed a pact to say we’re never going to work together ever again,” DeMarcus said. “This isn’t a ploy to get your money to come out and see this tour so that we can turn around next year. There are no immediate plans to do any more Rascal Flatts show past October 30th.”

He later went on to explain that they view this tour as less of a “goodbye” and more of a celebration:

“Twenty years is a long time in any business, and we’ve never had the opportunity to take a deep breath, and go, ‘You know what, we’ve really done some remarkable things in a 20-year career,” DeMarcus said.

You can listen to Rascal Flatts speak more in-depth about their Farewell Tour by watching their initial announcement about it on CBS This Morning. Catch that video below.