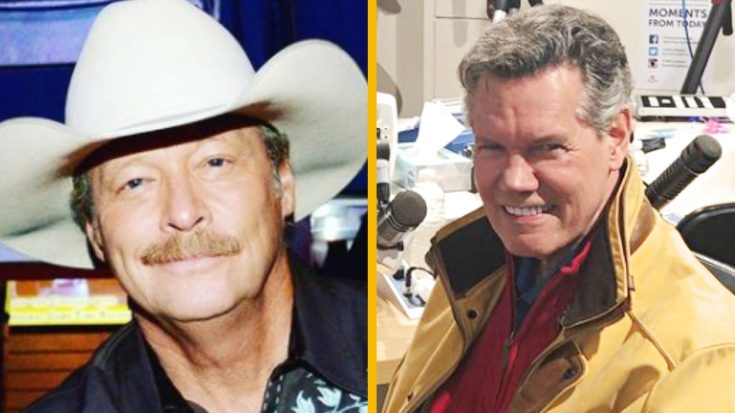 Randy Travis has a message for Alan Jackson following the singer’s comments on the disappearance of classic country music.

Jackson returned with new music in May 2021 after hiatus prompted by a string of family tragedies. The country star’s latest album, Where Have You Gone makes the end of Jackson’s six-year recess from recording. Of course, country music has changed a lot over the last few years, and that face has not gone unnoticed by the star. Most notably, Jackson feels that the classic country sound has slowly disappeared from the genre he loves. In an interview with Yahoo Entertainment, Jackson explained:

“There’s still young guys and girls today that love that kind of music, but it’s just slowly fading away, and I don’t hear hardly any of it left in the new music anymore. And it’s not that to say that everyone has to sound like Hank Williams. I’m not criticizing. It’s just my personal feeling that it’s going away. I feel like it’s like a lost love.”

After expressing his disappointment in the fading of classic country music, the iconic Randy Travis reached out to Jackson with words of comfort. On Twitter, Travis reminded his fellow artist that there were still singers and songwriters who embody the classic style. Travis wrote:

“There’s still some doing it like we did it my friend,” Travis wrote.

For more on Alan’s new album, check out the video below.