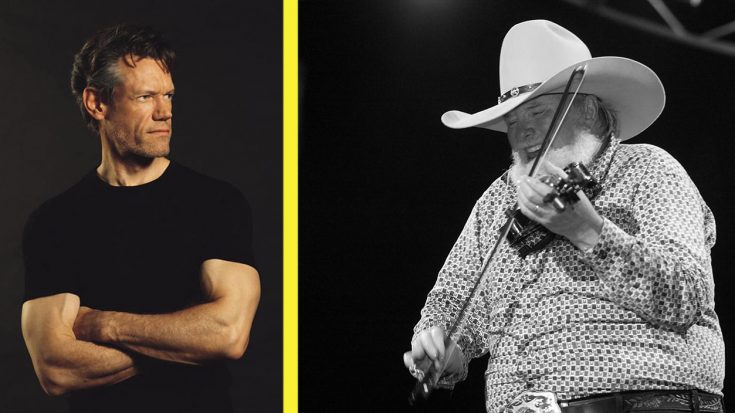 Randy Travis thoughtfully provided a special gift to the family of fellow legendary country music star Charlie Daniels, who passed away on July 6, 2020.

Charlie Daniels died the age of 83 after suffering a hemorrhagic stroke at Summit Medical Center in Hermitage, Tennessee. Family, friends, and fans traveled to the Nashville-area town to pay their respects on July 11, 2020 as he was laid to rest. His funeral included performances from his fellow artists Trace Adkins, Vince Gill, Travis Tritt, and Gretchen Wilson.

Charlie Daniels was one of the finest gentlemen I have ever known. He, and Hazel, have been two of my and Mary’s dearest friends over the past years. We laughed, cried and prayed together. Not only was he a gift to us, but to the entire world. A few years ago, Charlie had a colt born on my birthday and named him after me. The memories go on and on, so I'll leave it at this — Charlie, thank you for everything you've done for me, your endless support of us, your unconditional love, and the sweet memories. It is my greatest honor to be your Country Music Hall of Fame classmate–you will live on forever as my hero… my friend. I love you. The Charlie Daniels Band

In reference to one of his biggest hits, Travis and his wife, Mary, gave the Daniels family three wooden crosses, which were shared in a photo on The Charlie Daniels Band’s official Facebook account on July 13, 2020.

Three wooden crosses from Mary and Randy Travis. We really appreciate it. – TeamCDB/BW

Daniels truly left a legacy for all those he left behind and we will be remembered not only for his music, but also his long list of charity work.

Throughout his career, Daniels used his fame as a platform to support the military, underprivileged children, and others in need. A true patriot, he spent much of his career traveling overseas to play for service members in Kuwait, Iraq and Afghanistan. In 2014, Charlie Daniels with David Corlew founded The Journey Home Project,  a non-profit to help Veterans of the United States Armed Forces.

Randy Travis and his wife truly picked a fitting way to express their condolences.

Listen to “Three Wooden Crosses” in the video below.