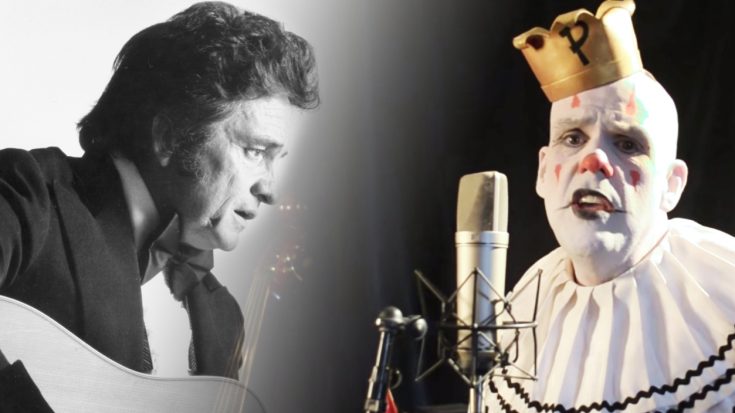 Johnny Cash‘s “Folsom Prison Blues” just got one of the most unusual makeovers we’ve seen yet – and you may be surprised to find yourself enjoying it.

The history behind Cash’s number one song is no laughing matter. Cash wrote it after seeing Inside the Walls of Folsom Prison – a 1951 film that brought to light the ruthless conditions inmates lived in.

While Cash was never incarcerated as an inmate himself – he did spend a lot of time in prisons as a performer. In the documentary, Johnny Cash at Folsom Prison: The Making of a Masterpiece he explained how the film moved him to write the song saying, “It was a violent movie,” remembers Cash. “And I just wanted to write a song that would tell what I thought it would be like in prison.”

Little did he know, the song would become one of his greatest hits – and have him going into the prisons while on tour. Now, the words “Folsom Prison” are almost inseparable from the legend of Johnny Cash.

From classic artists like Jerry Reed to evolving modern artists like Chris Stapleton – many have tried their hand at the timeless hit. But we never thought we’d see a clown pick up the mic and give such an incredibly unique performance.

A clown known as Puddles Pity Party has been an entertainer for years but his popularity gained momentum when he laid it all out on the table for America’s Got Talent. For his performance, Puddles chose to sing Sia’s pop hit “Chandelier” and the judges were shocked – to say the least. He even got words of praise from the hard-to-please judge, Simon Cowell who told the clown, “I think you are fantastically brilliant.”

But pop isn’t all this pity party consists of. The clown showed off his seriously creative side when he performed his mashup of The Who’s “Pinball Wizard” to the tune of Cash’s “Folsom Prison Blues.” Released in 1969, “Pinball Wizard” has become an iconic song. The lyrics follow a young man who relinquishes his title as pinball champion to a boy who has to play based fully on intuition due to physical disabilities.

While The Who’s original song is an upbeat, uptempo version – Puddles decided to slow it down and give it a country-fried overhaul. At first, we were confused – but his rendition quickly became a guilty pleasure. And we’re not alone. Fans from all over the world are jumping on the Puddles Pity Party bandwagon.

To see what everyone is raving about, check out Puddles’ full performance below and let us know what you think of his rockin’ country mashup in the comments!