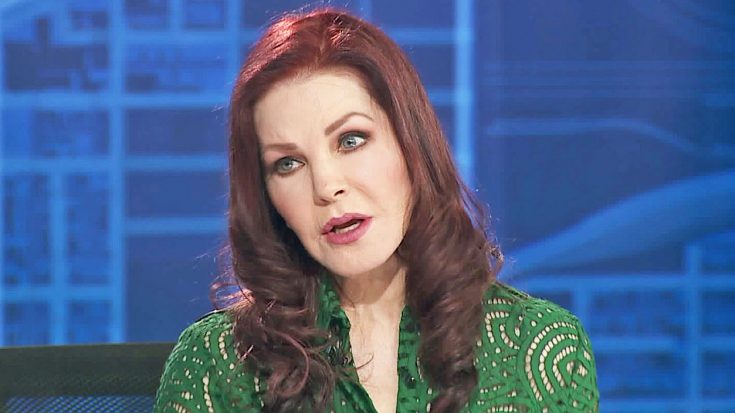 After meeting Elvis Presley at the age of 14, Priscilla Beaulieu was an almost constant presence in his life. After a lengthy courtship, the two eventually married in 1967, and Priscilla gave birth to their daughter, Lisa Marie, the following year.

Sadly, their romance didn’t last, and the two divorced in 1973. However, they remained close up until Elvis’ passing in 1977. Because of this, Priscilla has dedicated her life to maintaining Elvis’ legacy.

Thanks to Priscilla’s work, Elvis’ Graceland estate in Memphis, Tennessee has been turned into one of the go-to tourist attractions in the United States. Priscilla has also helped revive some of Elvis’ old recordings for new records, such as the Christmas with Elvis compilation album.

One Of “The King’s” Quirks

Since Priscilla was so close to Elvis for so many years, she is often relied on as a prime source for little details about “The King” that few others know. It was during an interview with WGN Morning News that Priscilla divulged one such detail, and in doing so, revealed one of Elvis’ little quirks.

Anyone who has studied Elvis’ life knows that he had some unusual habits and hobbies. But we bet few people had any clue about the certain quirk Priscilla talked about during her WGN interview.

According to Priscilla, Elvis had always been scared of other people’s germs. Because of this, he drank from his coffee cup in an odd way:

“When he drank his coffee, he would always drink it close to the handle and not anywhere else, because everywhere else other people would drink,” she said. “He was religious about it.”

As Priscilla explained, Elvis fear of germs stretched back into his childhood. Whenever he would go to visit his relatives’ homes, his mother would always pack him his own set of silverware to ease his mind.

But even then, he was still unsure:

“When he was a child he would go to all his relatives’ homes and stay, and his mother would give him his own fork, and his own knife and spoon to bring, but he didn’t like it,” she said. “He didn’t know for sure if it was clean or not.“

How interesting! You can listen to Priscilla talk more about Elvis’ quirks by tuning in to her interview below.

What do you think of what Priscilla had to say? Did it surprise you?

How do you drink your coffee?

VIDEO: Think you knew everything there is to know about ELVIS PRESLEY? Watch this: