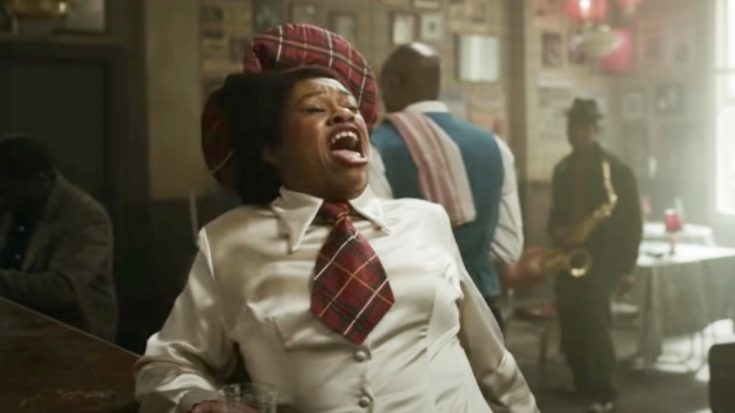 Thornton was the first artist to ever record “Hound Dog.” In the movie, we see Dukureh sing “Hound Dog” as Thornton. Her version of the song is featured on the film’s soundtrack.

The Elvis film was released on June 24. It was the #1 movie at the box office that weekend.

Sadly, less than a month after the film’s release, Dukureh was found dead in her Nashville apartment. She was 44 years old.

The Metro Nashville Police Department told The Tennessean Dukureh was found in the bedroom of the apartment she shared with her two children. One of the kids found her unresponsive and went to a neighbor’s to get help. The neighbor called 911 at 9:27 AM on Thursday (July 21).

Police said there is no foul play suspected in Dukureh’s death. A Metro Nashville Police Department spokesperson told The Tennessean the medical examiner is currently working to determine Dukureh’s cause of death.

BREAKING: No foul play is evident in today's death of actress Shonka Dukureh, 44, who portrayed Big Mama Thornton in this year's Elvis movie. Dukureh, a Fisk Univ graduate, was found dead in the bedroom of her Kothe Way apt that she shared with her 2 young children.

Priscilla Presley, who has been a vocal supporter of the Elvis film, was “so sad” to learn about Dukureh’s death. She reacted to the news in an emotional post on social media:

“I am so sad to hear that Shonka Dukureh was found dead in her home. She was so talented and did a wonderful job in the ELVIS film. May you Rest In Peace, Shonka.”

Our thoughts and prayers go out to Dukureh’s two children and all who loved her. May she rest in peace.