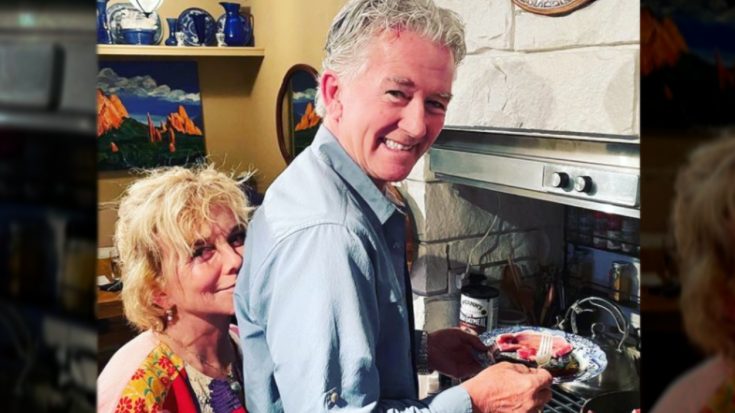 Linda Purl does not shy away from flaunting her relationship with Patrick Duffy across her social media. Still, there was a time where the couple was not able to act so affectionately.

Dallas star Patrick Duffy found love again with musician and Happy Days actress Linda Purl. Previously, Duffy was married to Carlyn Rosser for more than four decades until she died of cancer in 2017. In an interview with Page Six, Duffy opened up about his late wife. He stated:

“It was a surprise when she passed. There was no indication. So that was the big adjustment.”

While Duffy previously admitted to PEOPLE that he did not expect to find love again following his wife’s death, the star connected with Purl through a friend text chain during the pandemic. Soon, the two realized that there was a spark between them. Still, due to social isolation, the couple could not be together in person, so their first kiss occurred after weeks of talking.

“We Zoomed every single night for at least two to three hours,” Duffy explained in an interview with Closer Weekly. “So we explored all our history, our past, our loves. We listened to music together and covered all that ground you normally cover over months of dating.”

According to Duffy, the pair has also brought a lot of knowledge from past relationships and mistakes. He explained:

“You get to a point where you think, ‘It’s all about her. How do I get her to smile? We’ve eliminated all the trials and errors that happen in [younger] relationships. It’s all positive and lovely.”

For more on Duffy and Purl’s relationship, check out the video below.