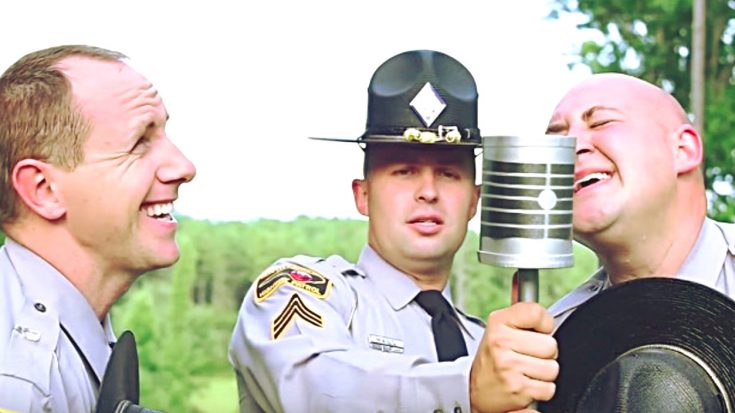 Although the song we now know as “Man of Constant Sorrow” was first put to paper in 1913, it took decades for its popularity to peak. While the song was always a folk, bluegrass, and country staple, its popularity soared after it was included as one of the main songs in the 2000 film O Brother, Where Art Thou?

It’s this Grammy-winning version, led by vocalist Dan Tyminski, that most people know today. It stands to reason, since it was a central part of the plot in O Brother, Where Art Thou? and was performed more than once in the film.

The first time that the song plays is when the three lead characters stop by a recording studio. Since they are escaped criminals, they decide to record a song using the name the Soggy Bottom Boys. Much to their surprise, the song ends up becoming a huge hit.

Later in the film, the Soggy Bottom Boys perform the song in disguise at a campaign event. The crowd goes wild for their performance, and the boys have a fun time cutting up on stage.

During the scene, characters Pete and Delmar dance behind lead singer Everett whenever it isn’t their turn to step up to the mic. Even though they wore disguises, the fellas decided to throw caution to the wind at some points by lifting their hats and playing with their fake beards.

All of this made for what was one of the most comedic scenes in the movie.

Both performances of “Man of Constant Sorrow” in O Brother, Where Art Thou? are instantly recognizable.

So when some North Carolina State Highway Patrol officers decided to use the song for a lip sync challenge video, they clearly studied the scenes so they could mimic them.

NC Highway Patrol in Stokes and Surry County goes all in with the #LipSynchChallenge while also paying tribute to fallen trooper Samuel Bullard. Song: 'I Am a Man of Constant Sorrow' ??Thoughts on their, Oh Brother Where Art Thou themed challenge? ?

In case you didn’t know, a challenge went around on social media in the summer of 2018 between various police departments. The point of the challenge is for the officers to lip sync to a popular song, and record a video to go along with it.

Many of these videos have gone viral, and for good reason.

The North Carolina State Highway Patrol definitely caught some attention with their “Man of Constant Sorrow” lip sync, mainly because they expertly mirrored the two scenes from the movie. Go ahead and check out their video to see what we mean.

These officers deserve a pat on the back for a job well done. Their video is so entertaining, you can’t help but sing along.

Check out another one of our favorite police lip syncs below…this one is appropriately set to the tune of “Cop Car” by Keith Urban!