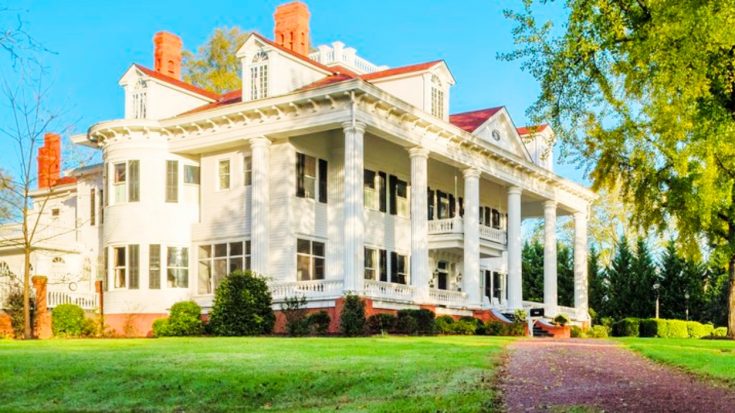 The movie may have come out almost 80 years ago, but it will always remain a classic.

Gone With The Wind is the highest grossing movie of all time in the United States and Canada (when adjusted for inflation), and stars Clark Gable, Vivien Leigh, Leslie Howard, and Olivia de Havilland.

While the actors were perfectly cast, there were other pieces of the film that were also. The sets they chose were such huge parts of the movie, especially Ashley Wilkes’ family’s mansion, which was called Twelve Oaks.

Gone With The Wind was based on the 1936 novel by Margaret Mitchell, who didn’t want to be involved  in the production of the movie. She did have involvement in finding Twelve Oaks, though. According to WGN, she sent a newspaper article about the home to a historian who was working on the film, and wrote, “I like this for Ashley’s home.”

Now, you can live in Ashley’s home! Well, the house that inspired it. Twelve Oaks was used as the model for his mansion, and as you can tell in the video below, they made it look like the real thing!

Twelve Oaks is now up for auction, two years after it went under a $2 million remodel. The online auction began on July 4th and runs until July 25th at 2pm EST.

Below are the details on the gorgeous mansion, which is in Covington, Georgia.

Twelve Oaks of "Gone with the Wind" in Covington, Georgiac.1836. Auction! 2176 Monticello Street SW. Thanks to Sarah…

Watch the video below to see the gorgeous interior.