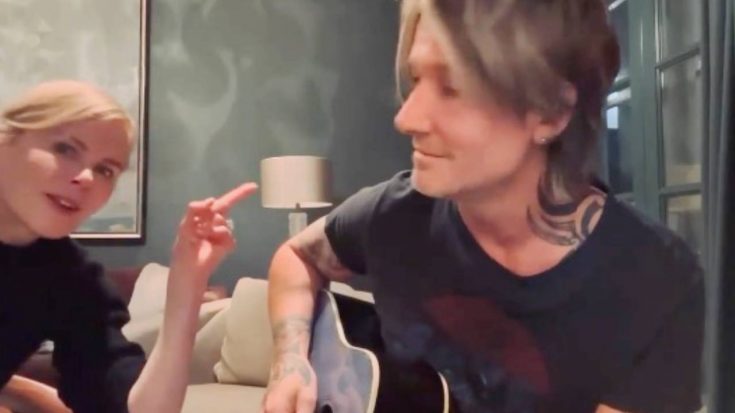 Dolly Parton has been doing lots of interview to promote her brand-new cake and frosting line with Duncan Hines.

She also has a book coming out, which she co-wrote with award-winning author James Patterson, plus a new album in March!

She was recently on Good Morning America to promote her new baking collection and book, and she was asked which artist she would most like to sing a duet and bake with. She replied that she’d love to team up with “any of the good-lookin’ ones,” more specifically, Keith Urban.

“I love Keith Urban. I’ve always thought that he was one of the most talented and cutest guys in the world,” Dolly said before adding that she wasn’t trying to “hit on him.” The 76-year-old legend joked that nobody could beat Keith’s real-life wife because “she’s Jolene.”

“I’m not trying to hit on him, ’cause he’s got Nicole [Kidman] and who could beat that, she’s Jolene,” Dolly joked.

Dolly continued with her praise of Keith Urban, saying, “I love his writing. I just think he’s dear. So I’d be happy to make a big ol’ cake for him and spend all afternoon singing songs.”

Urban caught wind of this interview and took to Instagram to issue a response. He included the clips of her saying she wanted to bake a cake with him and sing together. His video response included him beginning to play his guitar and singing Dolly’s 1977 song “Apple Jack,” which Urban used to perform as a kid!

“Miss Dolly, I am so honored of the things you said, thank you! I definitely will have a cake with you!” Keith said.

Nicole Kidman poked her head in the frame and said, “I’ll bake the cake…but don’t take my man!”

She, of course, was joking, but since Dolly called her Jolene earlier in the week, she probably couldn’t help herself to that joke!

Keith also wrote, “Just name the time and place and we will be there.” Watch the video below.