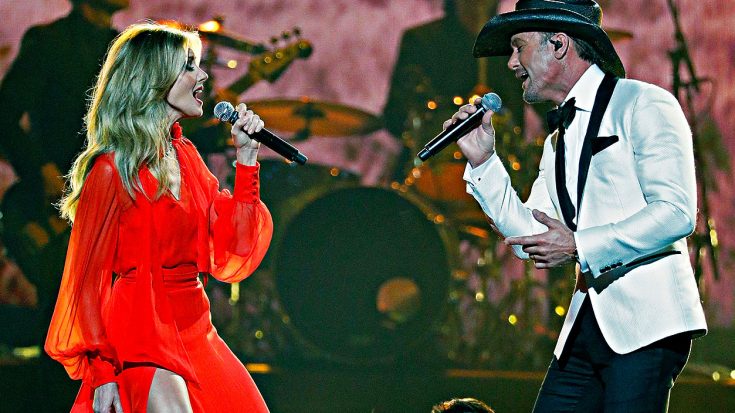 Just a couple months after this lawsuit was filed, a new defense has been filed with the court.

Back in January 2018, a pair of songwriters accused Tim McGraw and Faith Hill‘s “The Rest of Our Life” of being a rip-off of their own tune, “When I Found You.”

The song in question, which McGraw and Hill released as the second single from their first album of duets – was penned by famous singer/songwriter Ed Sheeran along with Amy Wadge, Johnny McDaid, and Steve Mac. All four have been named in the lawsuit.

Songwriters Beau Golden and Sean Carey have accused the four of “blatantly copying” their song which was popular in Australia in 2016.

“The copying is, in many instances, verbatim, note-for-note copying of original elements of the Song, and is obvious to the ordinary observer,” the suit claims.

On Monday, April 2nd, 2018, Sheeran filed papers with the court explaining his defense to the suit and demanding the judge throw the entire thing out.

According to TMZ, Sheeran says that he denies any similarity in the sound of the songs and admits that he never sought permission from the songwriters – because his handcrafted song is an “originally and independently created musical composition.”

Carey and Golden are seeking at least $5 million in damages from those named in the suit, plus profits. They are also asking for a running royalty and an award of attorney’s fees and costs.

The judge has yet to make any ruling in the case.

Take a listen to the comparison video below that has both songs played side-by-side – and tell us if you think the song was copied.