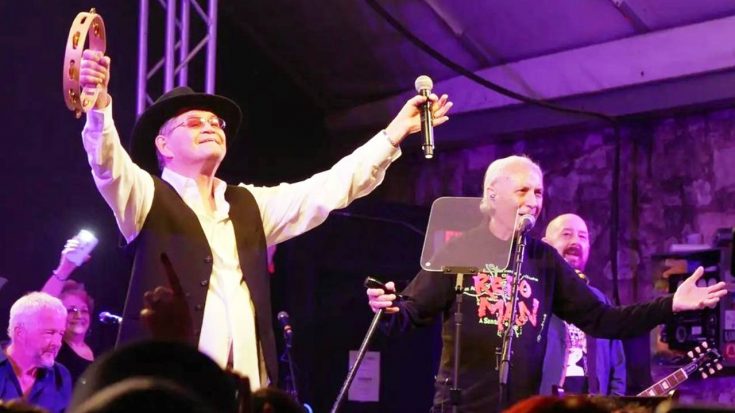 From 1966-2018, the band released 13 albums, many of which hit #1 on the charts. It was very important to the band that they write their own music, and many of their songs were written by Michael Nesmith.

In 2012, Nesmith gave an interview on the importance of them singing their own material.

“We were kids with our own taste in music and were happier performing songs we liked – and/or wrote – than songs that were handed to us,” he said. “It made for a better performance. It was more fun. That this became a bone of contention seemed strange to me, and I think to some extent to each of us – sort of “what’s the big deal – why wont you let us play the songs we are singing?”

One of their most famous songs that they did not write themselves has to be “I’m A Believer,” which went #1 on many international charts, is certified Platinum in the UK and certified Gold in the US. It also earned them a few Grammy nominations.

Sadly, Nesmith passed away on Friday, December 10 at the age of 78.

“With Infinite Love we announce that Michael Nesmith has passed away this morning in his home, surrounded by family, peacefully and of natural causes,” his family said in a statement, according to Rolling Stone. “We ask that you respect our privacy at this time and we thank you for the love and light that all of you have shown him and us.”

His passing follows Davy Jones’ in 2012 at the age of 66 and Peter Tonk’s in 2019 at the age of 77, leaving 76-year-old Micky Dolenz as the last surviving member of the legendary band. It also comes shortyl after Nesmith and Dolenz wrapped their Monkees Farewell Tour, stopping in over 30 cities, ending on November 14th in Los Angeles.

Our thoughts and prayers are with Dolenz, and his four children Christian, Jonathan, Jessica, and Jason.