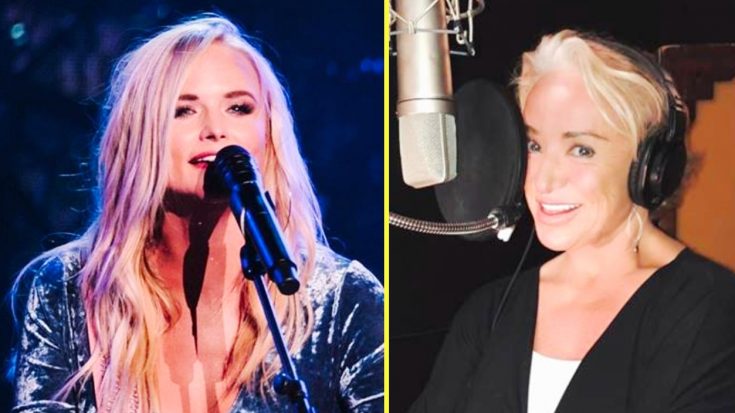 For her album While I’m Livin’, country legend Tanya Tucker recorded nine brand-new songs, as well as a cover of a Miranda Lambert hit.

Lambert‘s “The House that Built Me” is often referred to as one of the most emotional songs in country music. The lyrics have her reflecting on the memories she made in her childhood home, and how that home helped shape her into the woman she became.

Rather than keep the song exactly the same, Tucker gives it a bit of a twist that makes it more personal to her. Since she is older than Lambert when she recorded the song, Tucker sings it from the perspective of a mom who raised her children in that house.

Of Tucker, who is her idol, Lambert says, “I still get a little starstruck around her,” so when she heard Tucker was recording “The House That Built Me,” she couldn’t believe it.

“Brandi [Carlile] sent it to me right after they cut it,” says Lambert of Tucker’s version. “Obviously, Tanya is a huge hero.”

While she is honored her hero recorded her song, she says she can’t take the credit – all praise should go to the song’s writers Allen Shamblin and Tom Douglas.

“I feel like I got handed such a gift when I found that song and I was so honored to cut it and to sing it every night,” she said. “And so the fact that it touched a legend and she would do it again, it just shows you that it’s one of those songs that will live forever, it’s a classic and I can’t take credit for that.”

Lambert recently performed it in Canada and got choked up. Her husband Brendan McLoughlin noticed and asked her if she was emotional.

“I was,” she said. “Even though I’ve been singing it for 10 years, I still sometimes just get teary-eyed. I hold it very close because it’s so special and to know that it’s going to just keep living, especially with Tanya cutting it, it’s crazy.”

Take a listen to Tucker’s version of “The House That Built Me” below.