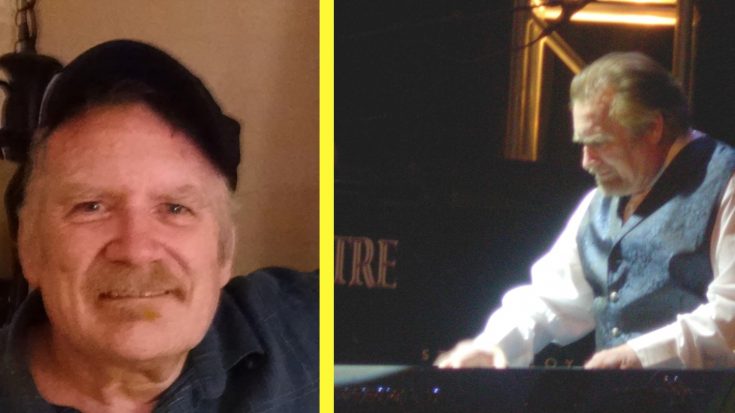 Barely old enough to buy beer when he first was hired as part of Merle Haggard’s band, Mark Yeary went on to become one of the closest people in his life. Sadly, Yeary has passed away recently at the age of 67.

During an audition at Haggard’s home with his longtime guitarist, Roy Nichols, Yeary jammed out with the two of them on a big white grand piano and made such a great impression that Haggard rang him up the next day to offer him a permanent job.

For the next two decades, Yeary worked alongside Haggard and The Strangers as their pianist and sometimes as a producer.

In a post from Yeary’s longtime girlfriend Leticia Mollers, she writes that Mark Yeary had passed away on Friday, January 17th, 2020 after suffering a heart attack at his home in Arizona City, Arizona.

“This is Leticia Mollers posting for Mark Yeary. Friday morning Mark passed away,” she wrote on his Facebook page. “The medical examiner ruled cardiac arrest. He has been doing good lately. Just got over some congestion, had been to his doctor for that, he played Thursday night, drums at Tumbleweed Inn, everyone said he was happy and having fun.”

She continued on explaining how his final day on Earth went and said that they were cuddling in bed together when he started to show signs of a problem. He insisted he was fine, but just a few minutes later he was struggling for air and she called 911.

Unfortunately, medics were not able to revive him and he passed away at the hospital. She says that he wanted his ashes spread in Cayucos and will follow up later with memorial details.

“May he rest in peace, ticklin’ the ivories, playing with his music family, Merle and the Strangers, and friends. Doing what he loved, being a Bakersfield Rhythm Boy!,” she said.

Our thoughts and prayers are with Yeary, Moller, and their families during this very difficult time.

Watch a video below of Merle Haggard and Yeary jamming out together in their heyday.

Merle "If I could only fly"

Merle Haggard and Mark Yeary (piano) on Dr. Gene Scott Show circa 1991. A rare video of Merle and Mark playing together without the rest of The Strangers. "Permission obtained from the Copyright Owner, Pastor Melissa Scott"If I could only fly"