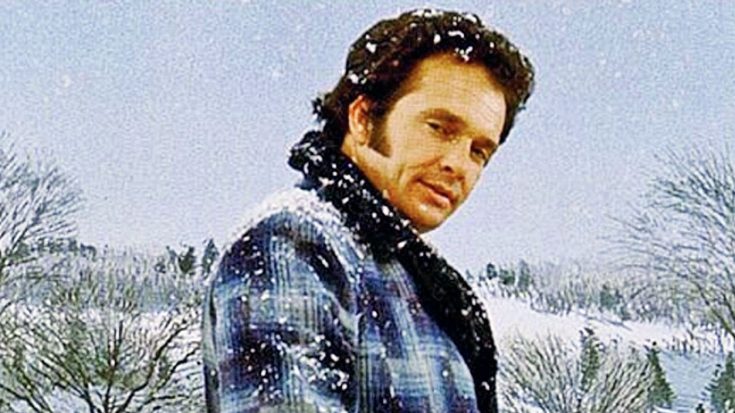 When Merle Haggard released his Christmas album, Merle Haggard’s Christmas Present in 1973, it wasn’t his covers of “White Christmas” or “Winter Wonderland” that soared to the top of the charts.

But his original single “If We Make It Through December.”

Written by Haggard himself, “If We Make It Through December” was released as the album’s first single, and held the top spot on the U.S. Billboard Hot Country Singles chart for four weeks.

The song was also a number one hit in Canada, and became a crossover hit in the U.S., peaking at the 28th spot on the  Billboard Hot 100 chart.

This Song Tells Such A Detailed Story

The song tells the story of a man who is trying his best to make it through the month of December after getting laid off from his factory job. Even though he knows he should be happy since it’s Christmas time, he can’t help but feel sad knowing that he can’t buy his little girl a Christmas gift.

Although Haggard released the song on his Christmas album, it was never considered to be a true “Christmas” song, since it also mentions the topic of economic hardship. As a result, Haggard went on to re-release the song on a non-Christmas album named after the song in 1974.

Many others have gone on to record their own versions of “If We Make It Through December,” including Joey + Rory, with Haggard singing background vocals and the final chorus.

Today, “If We Make It Through December” is considered to be one of Haggard’s signature songs.

After you listen to this recording, you’ll be able to understand why.