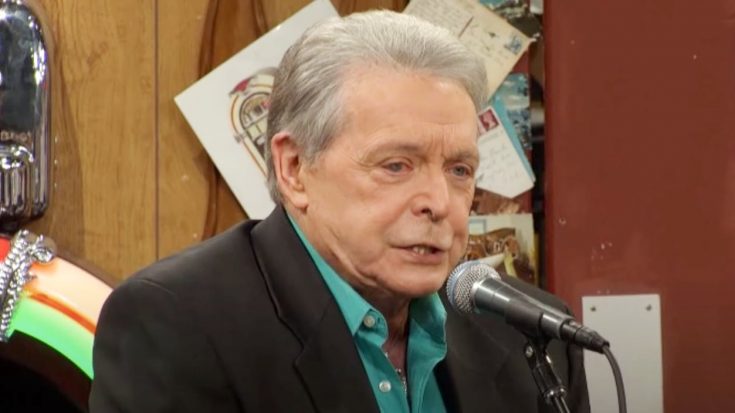 Country music icon Mickey Gilley, known for launching the “Urban Cowboy” movement, died on May 7 in Branson, Missouri. He was 86 years old.

“Gilley was 86 and had just come off of the road, his favorite place, having played ten shows in April. He passed peacefully with his family and close friends by his side.”

Now, plans for multiple memorials honoring Gilley’s life and legacy have been announced.

The first of those memorials will be a celebration of life on Friday, May 27 at 1 PM at the Mickey Gilley Grand Shanghai Theatre in Branson, Missouri. A statement on Gilley’s Facebook page says, “seating will be open to the public and limited to a first come, first served basis.”

Those who can’t attend the celebration of life in person can watch a livestream of the service on Gilley’s Facebook page or YouTube channel.

CMT reports there will be three more memorials to honor Gilley in the summer. One of those will be a public memorial in Pasadena, Texas. Another public tribute will be held in Nashville, Tennessee.

In addition to those public ceremonies, a private service will be held in Ferriday, Louisiana.

Gilley’s family requests that in lieu of sending flowers, those wishing to honor him can make a donation to the Best Friends Animal Sanctuary or to the animal shelter of their choice.

Our hearts go out to Gilley’s loved ones during this sad time. May he rest in peace.