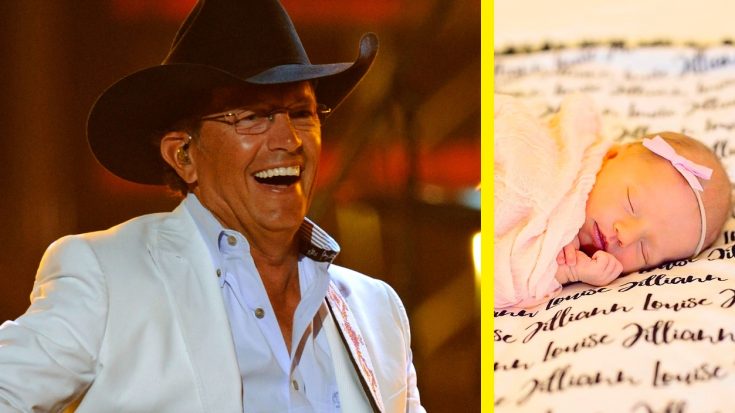 Five-year-old Jilliann Louise Strait is the daughter of George Strait’s son Bubba and his wife Tamara. The sweet little girl was born on September 10, 2016.

Family is everything to the Texas-native Straits, and the family still maintains ownership of the ranch where George grew up – near Pearsall, Texas.

Family has always been incredibly important to Strait. He and his older brother were raised by their father, a junior high math teacher after their parents divorced. In addition to spending time at the Pearsall property, the Straits also own a ranch between Laredo and San Antonio.

While Jilliann has yet to take part in her famous grandfather’s musical career, country music fans got to see little George III in a promotion video for his grandfather’s album entitled Cold Beer Conversation back in 2015. The little man goes by Harvey to lessen the confusion between himself and his famous grandpa.

Strait fans are still bumping his latest release, 2019’s Honky Tonk Time Machine. Time will tell whether Strait decides to keep churning out the hits, or if he’d rather kick back and enjoy his golden years with his adorable grandkids.