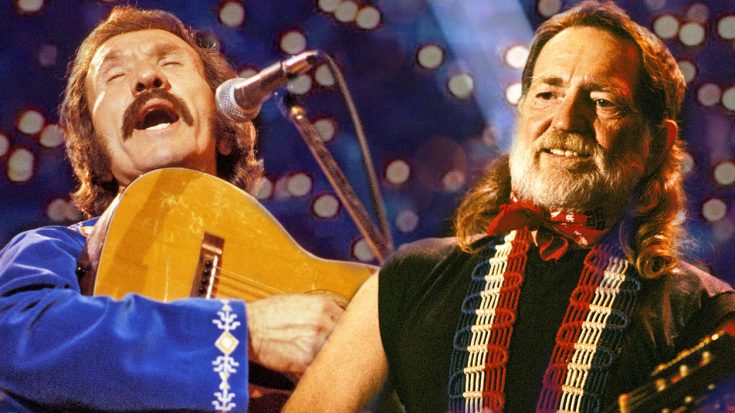 Willie’s Jump From Songwriter To Singer

Long before he was the famous singer we know him as today, Willie Nelson was making his way in the world as a songwriter. One song that helped propel his career forward was titled “Pretty Paper,” which is now known as one of the most beloved country Christmas tunes.

Nelson was inspired to write “Pretty Paper” after he remembered a street vendor he used to see in Forth Worth, Texas. This vendor, who had both legs amputated, could always be found outside of a department store selling pencils and other stationary items.

As he remembered the vendor, Nelson recalled how he would always shout “pretty paper” to catch the attention of the people passing by. So when Nelson put the man’s story to song, it only made sense for him to title it “Pretty Paper.”

Willie’s Rendition Isn’t The Only One, Or The First

After he signed a deal with Monument Records, Nelson played “Pretty Paper” for the company’s founder and producer Fred Foster. Foster saw the potential in the song, and ended up sending it to rock singer Roy Orbison. He became the first to record the song, and his recording was released in 1963.

Foster’s feelings were right on point, because “Pretty Paper” was a nice success for Orbison. It climbed as high as the tenth spot on the Adult Contemporary Chart, and also claimed the 15th position on the Hot 100.

Nelson released his version of the song the next year, and many more cover versions followed. In the decades that have passed since it was first released, everyone from Glen Campbell to Kenny Chesney has recorded “Pretty Paper.”

Robbins only released one Christmas album while he was alive, titled Christmas With Marty Robbins. But that album wasn’t the one that contained his rendition of “Pretty Paper.”

Instead, “Pretty Paper” appeared on Robbins’ posthumous Christmas album A Christmas Remembered. In addition to “Pretty Paper,” the album was full of Christmas favorites, including “Jingle Bell Rock” and “I’ll Be Home for Christmas.”

Robbins’ soft, soothing voice is the perfect fit for the song. Since it naturally has a gentleness to it, “Pretty Paper” sounds best when performed by someone with a silky voice such as Robbins’.

If you’ve always been a fan of “Pretty Paper,” you’re sure to enjoy Robbins’ rendition of it. You can listen to it in the audio clip below. This song is timeless!