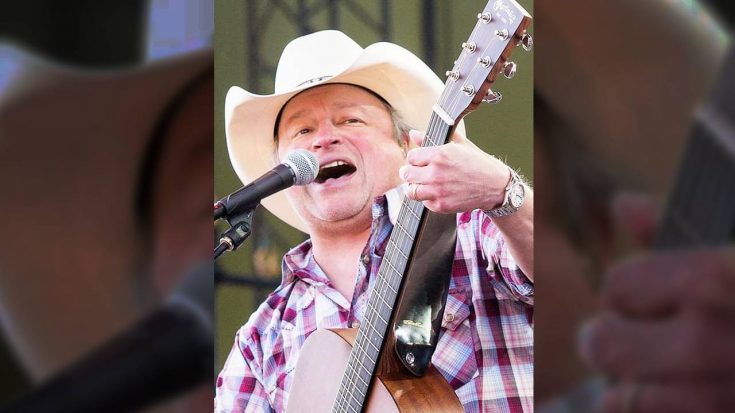 No one was more excited than Mark Chesnutt to get back on the road and play for live audiences. In fact, he set up months worth of dates, all the way through September.

But beginning on June 4, the honky tonk legend began cancelling a show here and there. That day, his team wrote on his Facebook, “Due to illness Mark will not be able to make the shows today in Warrendale, PA & tomorrow in Xenia, OH! Mark is under the care of his doctor and is doing better!”

Although that cancellation wasn’t for a back injury, the next two were. On June 28, he announced he would be cancelling his show at the “Marion County Fair on Monday, June 28 due to an unexpected back injury.”

Now, one week after that announcement, a press release revealed that Chesnutt will be cancelling all his shows in July, August, and some dates in September.

“I’ve been suffering with this for a very long time, and postponed as long as I could,” Chesnutt said in the press release. “When the doctor says: ‘you have no choice,’ you have no choice!  I hate to get off the road, just as the venues opened back up. I was really looking forward to this year! I appreciate the support and understanding from my fans, and I ‘ll see you all real soon.”

He has cancelled a total of 24 shows until September 5th. We will keep Chesnutt in our prayers as he goes through surgery and recovers!