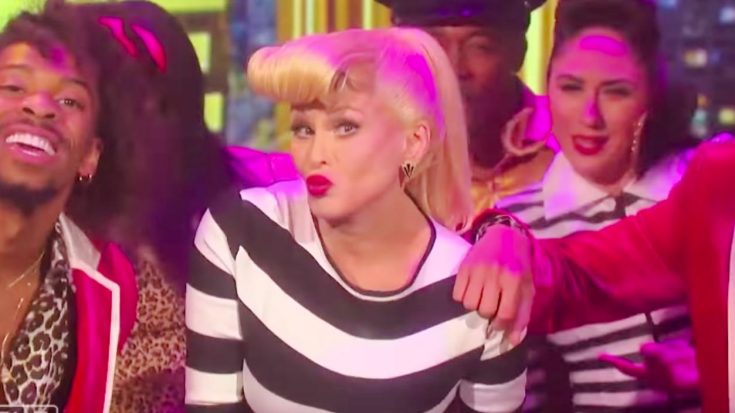 Earlier this year, Donny and Marie Osmond announced they would be ending their longtime residency in Las Vegas. Their final show is scheduled for November 16.

But even though their residency is coming to an end, both performers are going to keep themselves busy. In Marie’s case, she signed on to become a new host on The Talk.

I’m so grateful to my amazing brothers for performing one last time for my birthday @thetalkcbs, and so incredibly thankful to my new sisters @sharonosbourne @sherylunderwood @carrieanninaba @therealeve for welcoming them with open arms!! This was truly a birthday I’ll never forget ♥️🥰 #thetalk For those of you asking, you can download their song “The Last Chapter” by The Osmonds wherever you listen to music online! 🎶

Marie joined the show in September, which means she didn’t have long to prepare for an annual Talk tradition that takes place in October!

Every year, The Talk hosts celebrate Halloween by dressing up as music stars. They then deliver elaborate lip sync performances to those singers’ famous songs.

Whoever pulls off the best performance is crowned the winner of “Rocktober.”

.@sherylunderwood transforms into Grammy Award winning artist Barry White to perform "You're The First, The Last, My Everything" and wins "The Talk's" fifth annual Rocktober Lip Sync War.

Marie went all-out for her first Rocktober performance. She knew exactly who she wanted to be after meeting with another Vegas singer behind the scenes of one of her recent shows.

That singer was none other than Gwen Stefani.

During her Christmas special in 2017, Gwen mentioned that she had always wanted to be Marie. So when Marie met Gwen in Vegas, she let her know the feeling was mutual.

“And I told her, ‘Gwen, you said you wanted to be me. Well, I want to be you,” Marie recalled.

#Repost @marieosmond with @make_repost ・・・ It was such a joy to come see you this weekend @gwenstefani! Your show is FANTASTIC, you’re GORGEOUS and #LasVegas is BLESSED to have you! Gwen you’re a gift and I’ve loved watching your journey!! Big hugs to you, you’re sweet boys and @blakeshelton ♥️ 😳 wow!! Thx k u!! 😏Gx

So Marie transformed into Gwen circa 2006 to lip sync to her solo hit, “Sweet Escape.” She nailed Gwen’s signature look, from the red lips to the curled bangs.

Marie shared a tease of what her costume looked like on Instagram before the Rocktober episode aired.

Marie’s “Sweet Escape” lip sync was two minutes long. Her performance was quite spectacular, as it featured an elaborate set and backup dancers.

Gwen got the chance to see the performance before it aired, and sent in her response through a video message The Talk played during the episode.

Clearly impressed with Marie’s performance, Gwen said, “Literally can’t believe you did that. I am so honored.”

Even though there was no doubt that Marie delivered an outstanding performance, she still didn’t win Rocktober. That honor went to Sheryl Underwood, who dressed and performed as Barry White.

But Marie is still a winner in our hearts! You can catch her “Sweet Escape” lip sync in the video below. Once you see it, you’ll understand why Gwen was so honored by her performance!

Trisha Yearwood Is Writing A 4th Cookbook, Hopes For 2021…