Luke Combs Shares Cover Of One Of His “Favorite” Garth Brooks Songs, “The Dance” 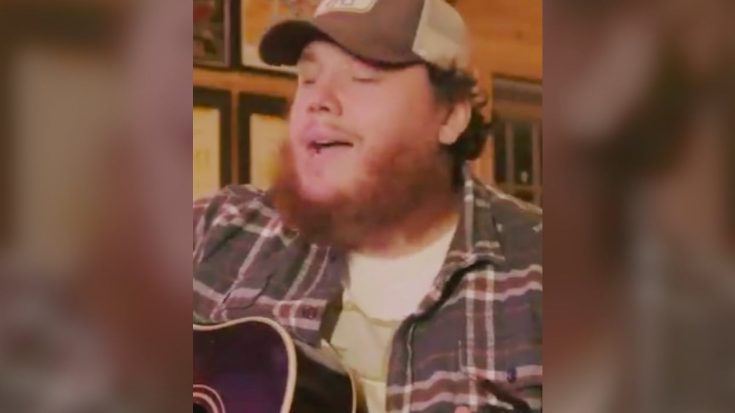 When Garth Brooks accepted the award for Entertainer of the Year at the 2019 CMA Awards, he called out three of his fellow artists and praised their talents. He first spoke about Reba McEntire and Kelsea Ballerini, mentioning how their performances that night blew him away.

Brooks then addressed the Male Vocalist of the Year winner Luke Combs, saying, “Luke Combs, wherever you’re at, this has got your name on it in the future hoss, I can tell you that right now.“

The respect is clearly mutual between Brooks and Combs.

In April 2020, Combs shared an acoustic cover of a Brooks song. Calling it, “one of [his] favorite” songs of Brooks’, Combs said he decided to film himself singing “The Dance.”

Released in 1990, “The Dance” went on to top the country charts in both the U.S. and Canada. While Brooks has earned many hit songs through the years, “The Dance” is one that has always stood out to him.

“Unless I am totally surprised, The Dance will be the greatest success as a song we will ever do. I’ll go to my grave with ‘The Dance.’ It’ll probably always be my favorite song,” Brooks said in a 1994 interview.

Those words have held up to be true, as Brooks maintains that “The Dance” is one of the most meaningful songs he has recorded.

This is something he reiterated when he came across Combs’ cover of the song. He responded to Combs’ acoustic video and praised his performance, saying, “You did the song proud, hoss!”

One of my favorites too! You did the song proud, hoss! love, g https://t.co/LOzcgRGwIZ

If Brooks thought Combs’ cover was good, then you know it’s something special.

Tune in to the clip below to see Combs’ rendition of “The Dance.” People are already begging for him to share a full version of the tune!

One of my favorite @garthbrooks songs…

Our lives are better left to chance. I could have missed the pain, but I'd have had to miss the dance… pic.twitter.com/EYArBkwZCn