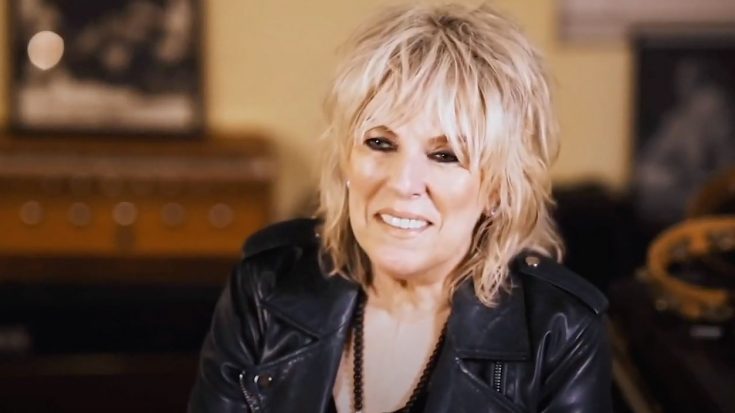 On November 17, 2020, just 8 days before Thanksgiving, Lucinda Williams suffered a stroke while in her Nashville home.

The renowned singer-songwriter revealed the news and spoke about her recovery during an interview with Rolling Stone.

The incident occurred when she was in the bathroom getting ready to take a shower when she began to have trouble keeping her balance. She stumbled a bit and couldn’t stand up straight or walk. She called out to her husband, Tom Overby, who at the time, happened to be on the phone with their primary care physician. When he described Williams’ symptoms to their doctor, he was ordered to quickly get her to a hospital.

“An ambulance came and got me and we told them not to put the big siren on. We didn’t want to alarm the neighbors or anything,” Williams recalled to Rolling Stone. “But they put the siren on.”

While at the hospital, doctors discovered a blood clot on the right side of her brain, which affected the left side of her body. After a week in the ICU, Williams was transferred to a rehabilitation center at Vanderbilt where she started a month-long treatment of therapy. Finally, after five weeks of treatment, on December 21, 2020, she was discharged and returned home.

For the past six months, the 68-year-old has been working with therapists to fix the damage done by the stroke. She walks with a cane, has lingering pain in her left arm and leg, and is unable to play guitar. But according to her husband, doctors saw no signs of brain damage and expect a full recovery in time.

When asked why she kept the entire incident under wraps, she told Rolling Stone, “I kind of felt like going off the grid a little bit.”

Williams also has little doubt about her ability to perform live in the future and is targeting mid-summer for a return to the stage.

Watch the video below to hear Williams’ cover of Tom Petty’s “Runnin’ Down a Dream.”