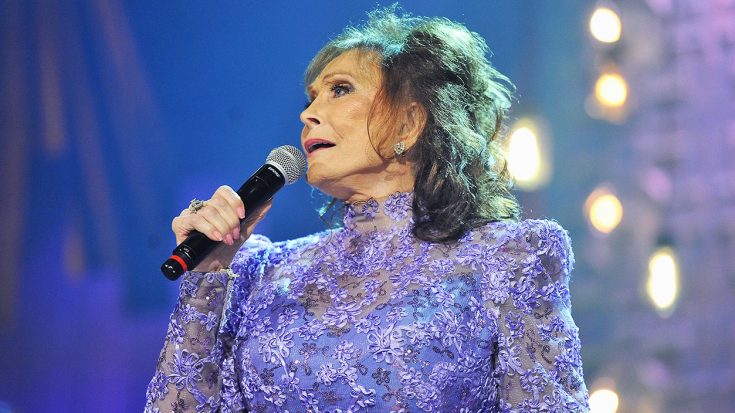 Country music legend Loretta Lynn died on Tuesday (October 4) at the age of 90. Her family shared the heartbreaking news in the following statement:

“‘Our precious mom, Loretta Lynn, passed away peacefully this morning, October 4th, in her sleep at home at her beloved ranch in Hurricane Mills.’ The family of Loretta Lynn. The family has asked for privacy during this time, as they grieve. An announcement regarding a memorial will be forthcoming in a public announcement.“

Lynn’s passing comes just a little over a week after she celebrated her 60th anniversary as a member of the Grand Ole Opry. One of her last posts on social media was a post celebrating that milestone anniversary:

“Time flies when you’re having fun! 60 years ago a dream came true when I became a member of the Grand Ole Opry. It’s still the most magical place in the world and holds so many wonderful memories for me!” Lynn said alongside a bunch of photos from her various Opry appearances through the years.

But Lynn’s final social media post was made just days ago. She shared a Bible passage on Facebook and Instagram…specifically John 3:20-21.

“Everyone who does evil hates the light, and will not come into the light for fear that their deeds will be exposed. But whoever lives by the truth comes into the light, so that it may be seen plainly that what they have done has been done in the sight of God.”

Lynn was deeply devoted to her faith. As her granddaughter, Tayla Lynn Finger wrote after Lynn’s death,  “Gettin to meet Jesus was something that brought her so much joy and comfort.”

Her love for her faith came through in her performances. She often sang spiritual songs, such as “I’ll Fly Away.” Hear her rendition of that beloved hymn below.

Our hearts go out to Lynn’s loved ones as they mourn her loss. She is so dearly missed.