Loretta Lynn Remembers Late Husband On Anniversary Of His Death 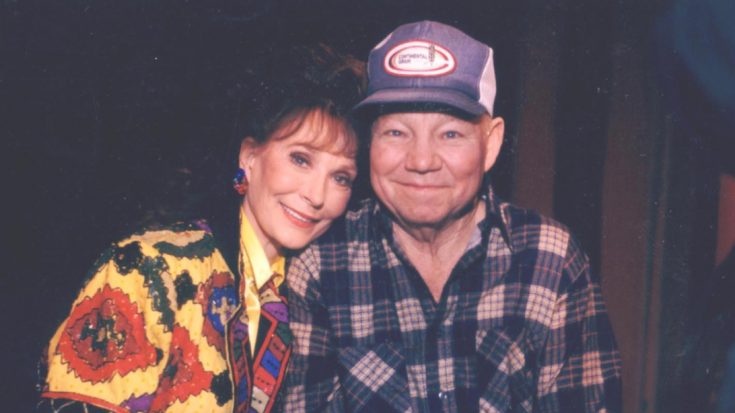 26 years ago, Loretta Lynn said goodbye to the love of her life, Oliver “Doo” Lynn who passed away just five days before his 70th birthday.

Each year on Doo’s birthday, their wedding anniversary and the anniversary of his death, Loretta honors her late husband. This year was no exception. The 90-year-old country music legend took to her social media accounts on Monday to remember Doo with a pair of photos and a caption that read, “I lost him 26 years ago today. My biggest fan, my true love, my Doo.”

Loretta wed Oliver Lynn on January 10, 1948, when she was only 15-years-old. The pair welcomed the first four of their six children within four years. Five years after they wed, Doo bought his wife her first guitar. She taught herself to play and eventually, with the encouragement of her husband, she started her own band, Loretta and the Trailblazers.

“He’d hear me rockin’ the babies to sleep and singin’, and he said, ‘You’re just as good or better as most of them girls that are singin’ and makin’ money, so let’s make us some money,'” Lynn recalled of her husband in a 2011 interview.

That encouragement from Doo was all it took to set Loretta on a path to country music success where she would become known as The Coal Miner’s Daughter upon the 1971 release of the song of the same name. Despite their rocky and tumultuous marriage, Doo and Loretta made a great team and Loretta often credited her late husband for her success.

She told WBUR in 2010 that Doo kept her music career going. “I miss him so much. He kind of kept things going, like me recording. He’d always tell me how good I was, and that always helped a lot. He would say, ‘You know, we need to get a new record out,’ or whatever. He always kept me moving. And if it hadn’t been for him, I wouldn’t have been singing, period. Because he thought I could sing and he put me to work.”

In her 2002 autobiography, Still Woman Enough, Loretta shared her love for her husband of almost 50 years, saying,

“I married Doo when I wasn’t but a child, and he was my life from that day on. But as important as my youth and upbringing was, there’s something else that made me stick to Doo. He thought I was something special, more special than anyone else in the world, and never let me forget it. That belief would be hard to shove out the door. Doo was my security, my safety net. And just remember, I’m explainin’, not excusin’.”

Oliver “Doolittle” Lynn died on August 22, 1996. His death is said to have been caused by diabetes-related health problems and heart failure. Doo was laid to rest at the Lynn family ranch in Hurricane Mills, Tennessee.