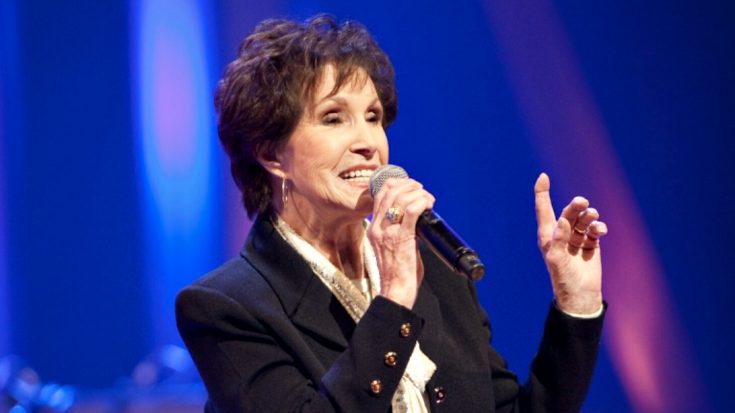 Grand Ole Opry legend Jan Howard passed away Saturday (March 28, 2020) in Gallatin, Tennessee at the age of 91. Howard marked her 49th year of being an Opry member one day before she died.

In 1957, Jan met and married her third husband, country singer-songwriter Harlan Howard. When Harlan discovered that his wife could sing he arranged for her to record demo tapes. This eventually led to Jan landing her own recording contract with Challenge Records. In 1960, she scored her first country hit with “The One You Slip Around With.” But, her biggest success came  later that decade after signing with Decca Records with the hit singles “Evil on Your Mind” in 1966 and “My Son” in 1968.

She teamed up with fellow Opry star Bill Anderson for the No. 1 hit song “For Loving You” in 1967.

By 1973, Howard had lost two of her three sons, including her son Jimmy who was killed in action in Vietnam in 1968. The loss led her to work with the armed forces, mental health, the Veterans Administration, Vietnam veterans, and the Vietnam Veterans Memorial, earning her the Tennessee Adjutant General’s Distinguished Patriot Medal, its highest civilian honor. In 2005, the Commander in Chief of the Veterans of Foreign Wars presented her with the Medal of Merit, which is awarded for “exceptional service rendered to country, community and mankind.”

According to a press release, a private graveside service will be held for Howard with a Celebration of Life Service to be held at a later date.