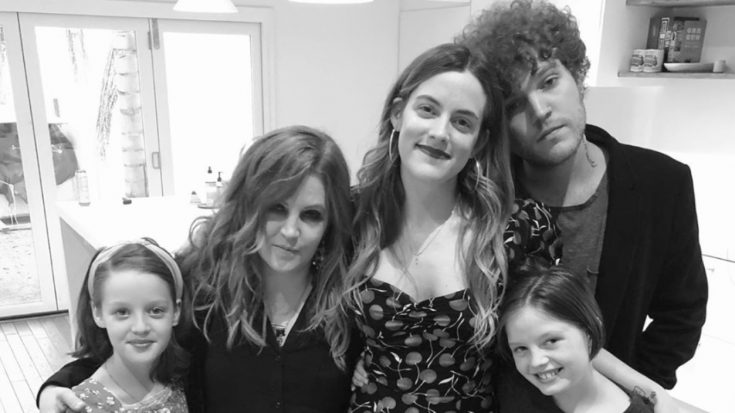 Wednesday, January 8 marks what would have been Elvis Presley‘s 85th birthday.

His family, friends, and fans will gather at Graceland in Memphis, Tennessee to take in four days of events celebrating The King.

Events include the annual Elvis Birthday Proclamation Ceremony, The Auction at Graceland, Elvis Birthday Bash and Evening Tour, a live concert, and much more.

Elvis’ former wife Priscilla Presley is in attendance every year, but this year is special since he would have been 85. His only child, Lisa Marie, who is going through divorce and custody battles with ex-husband Michael Lockwood, was hoping to bring her entire family to the celebrations including her 11-year-old twin daughters Harper and Finley.

Unfortunately for Lisa Marie, Lockwood has barred her from bringing their daughters. Per the terms of their court order, the children are not allowed to be taken out of the state of California without consent of the other parent. Since he is not consenting for the girls to take a trip to Tennessee, they cannot attend the festivities.

Over the summer, Lisa Marie tried to petition the court to be able to take the girls to Elvis Week, which takes place the week of the anniversary of his passing in August, but according to a report from The Blast via Yahoo Entertainment, Lockwood told his ex-wife’s attorney in July 2019, “I am not consenting to the trip to Memphis. Every time Lisa takes the girls to Memphis it becomes a photo op for her … I have brought this up every year. She agrees no photos yet there always is.”

Both this summer and this week, Lisa Marie has petitioned the court to have them permit her an emergency order to take the kids out of state for the event, but both times the judge has denied her request, saying the birthday celebration wasn’t considered enough of an “emergency.”

Watch Priscilla do an interview at one the Elvis’ birthday events this week below.