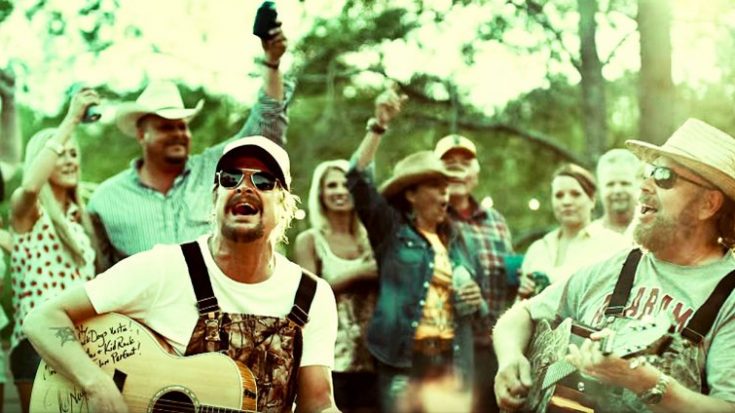 Two profound names in music teamed up for one of the most killer and prideful music videos to hit social media and it thrilled all their fans!

Taking accountability for their redneck tendencies while embracing their roots, Kid Rock and Hank Williams Jr. explosively celebrated the redneck culture that they so fondly live and breathe! While glorifying their Southern ways, the two bad asses shot an epic music video to accompany their profound southern anthem, “Redneck Paradise.”

They took their lifestyle to the next level by kicking off their riveting music video with some hunting in the country, sheltered in a blind while sporting their camouflage hunting gear. As Rock fired off his first round aimed directly at his target, the song’s intro began to play.

Drink beer and Dance all Night

The two singers were then seen sitting at a small table at a countrified bar, cigar in one hand and beer in the other, as they sang the hard-rocking lyrics.

The two buddies continued to proudly invite viewers into their paradise by singing, “Down in Redneck Paradise/ It’s a hole in the wall kinda small just look for the red light/ And have no fear you’re free and clear to get wild and rock all night/ We don’t bite/ ‘Cause we get down right in Redneck Paradise.”

It doesn’t get any more homegrown than this! Be sure to check out this incredibly Southern, downright touching music video below! Do any of you have your own “redneck paradise”? Let us know in the comments!