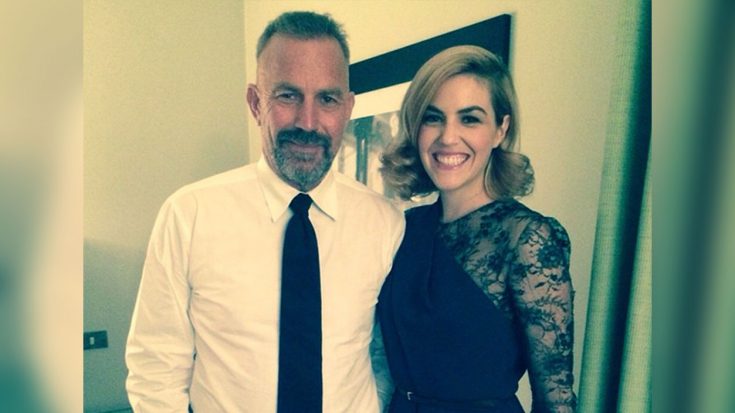 Kevin Costner’s second-eldest daughter, Lily, is talented just like her father and inherited a passion for the arts. Lily has tried her hand in acting and appeared in a few films The Postman, The Baby-Sitters Club, and Black or White.

Although she’s a talented actress her true passion lies in music and has pursued a career as a singer.

Many of Costner’s fans might not be aware that in addition to acting, he is also a talented musician as well. Lily, definitely inherited her father’s love of music and entertainment and occasionally collaborates with him.

She first started performing with her father’s band, Kevin Costner & Modern West, often joining him on the stage to sing a duet and showcase her powerful vocals.

She sang “Silent Night” with country singer Trace Adkins at the CMA 2013 Country Christmas, and collaborated with rock band The Alternate Routes on the title track of their 2015 album Nothing More.

Her appearance in the film Black or White, was as a church singer where she sang “Long As I Can See The Light”

A recent appearance from Lily was on a song from Kevin Costner & Modern West titled “Heaven’s Gate” that appeared on Yellowstone during Episode 7 of Season 2.

Watch her perform in the video below!