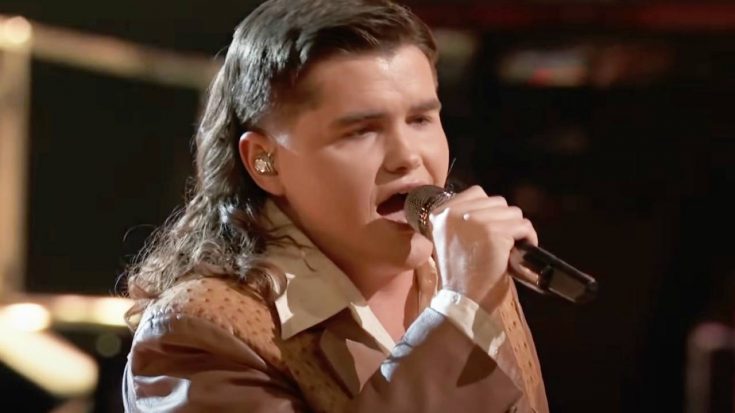 Even before Kenzie Wheeler sang a single note on The Voice stage, we knew we’d be in for some pure country performances. The 23-year-old has a full-on mullet and his Blind Audition song was Keith Whitley’s “Don’t Close Your Eyes.” It doesn’t get much more country than that!

In the following weeks, he kept solidifying himself as a damn good country singer and night one of The Voice’s two-night finale was no different. Of course, he put his best foot forward because Monday night (May 24) was the last night of competition.

He performed two songs, Tracy Byrd’s “The Keeper of the Stars” as well as George Strait’s “Heartland.”

While “The Keeper of the Stars” is more of a ballad, Wheeler turned it on for his rendition of “Heartland,” which featured Blake Shelton’s own fiddle player, and two-time CMA Musician of the Year, Jenee Fleenor.

Wheeler’s take on Strait’s 1993 number one song would make The King proud, keeping it true to the rockin’ original while giving it enough flair to sound like his own.

Tuesday night (May 25), we will find out if Wheeler did enough to win the 20th season of The Voice. Check out his full performance of “Heartland” below.