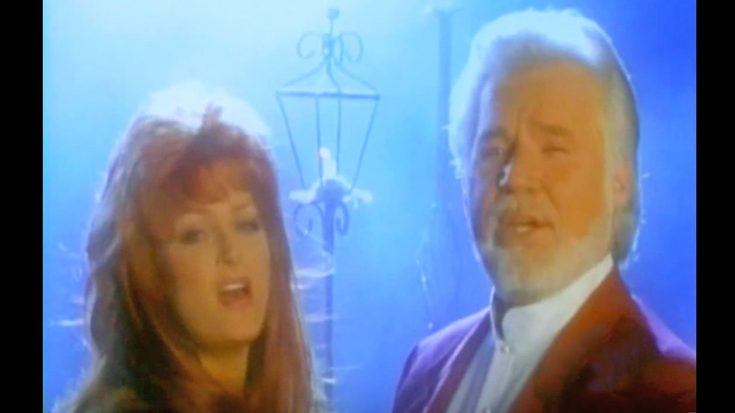 In the early 90s, Gaither Vocal Band members Mark Lowry and Buddy Greene wrote a song together title “Mary Did You Know.” The song was first recorded by Christian singer Michael English, and later by the Gaither Vocal Band in 1998 for their Christmas album Still the Greatest Story Ever Told.

There's a feeling in the air of Christmas! To countdown the holiday season, we are offering weekly specials that you…

It has since become a modern day Christmas classic and has been recorded and covered by many artists including Glen Campbell, Scotty McCreery, Reba McEntire, Kathy Mattea, and a cappella group Pentatonix.

In 1997, Kenny Rogers and Wynonna Judd teamed up to sing the angelic song for Rogers’ Christmas album The Gift.

Who remembers Kenny’s 1996 Christmas album THE GIFT? It included the well known duet with Wynonna, “Mary, Did You Know,”…

Their version did very well on the Billboard Hot Country Singles chart. For a television special on the Gospel Music Channel, Rogers sang the tune, but Wynonna was no where in sight.

Thanks to technology, video of her singing her part of the duet was displayed on the screen behind Rogers. At the very end, Rogers walks up to the screen and it looks like they are both performing together!