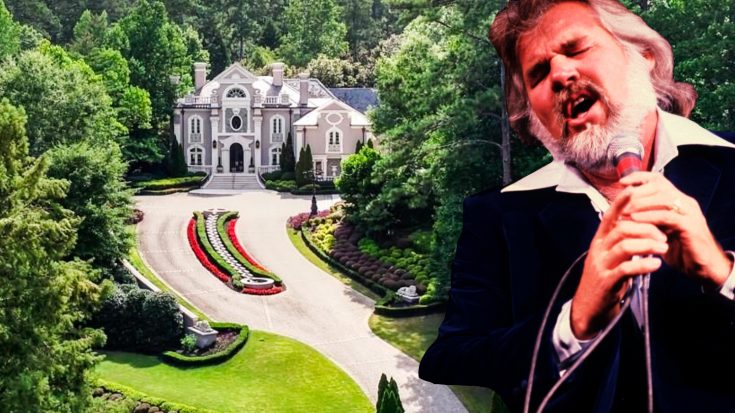 One of the most famous singers in country and pop music not only was king of the charts – but he was a king living in a castle!

Kenny Rogers, who made millions over his 60-year career, recently lived in a sprawling Atlanta estate filled with decadent touches and some of the most ornate finishes you’d ever find.

The home, which was built in 1997, features towering ceilings, expansive windows, a winding driveway, and inescapable views of the surrounding land and custom foliage.

Boasting a total of 7,000 square feet of space, this Mediterranean-style mansion is seated on nearly one-and-a-quarter acres of land. The palatial home has six bedrooms, six full bathrooms, and two half-baths.

Beyond the living spaces, this mansion has a hot tub, pool, fitness center, wet bar area, and an elevator!

With something to love for absolutely everyone, this house is a must-see!

It was recently sold for nearly $4 million in 2019 – and we are certain that its new owners are loving it!