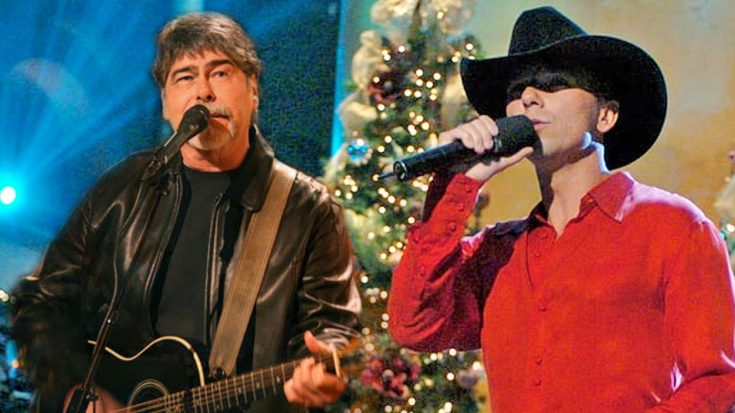 Arguably one of the most enjoyable songs at Christmas time, Alabama‘s hit “Christmas In Dixie” has been a staple in every country fan’s house during the holiday season.

The song was originally released in 1982 and included on the legendary band’s 1985 Christmas album, Alabama Christmas.

Who's listening to their ALABAMA CHRISTMAS Album????
It's not too late! We have a week till Christmas!https://t.co/q3CSUD4fFp pic.twitter.com/47raHbz8Hx

Many other artists of all genres have covered the tune for their Christmas albums, including CMA Pinnacle Award recipient, Kenny Chesney.

The song is a celebration of Christmas in the South, with each verse referencing non-Southern areas, as well as cities considered to be The South. In the final verse, Alabama references Fort Payne, Alabama, which is their hometown.

Chesney included the song, which featured Alabama’s lead singer Randy Owen, on his 2003 album All I Want For Christmas Is A Real Good Tan.

Chesney and Owen’s voices sound incredible together and their harmonies seem so effortless! During the last verse, Owen sang the Fort Payne, Alabama lyric and Chesney added a lyric about his hometown, Knoxville, Tennessee.

Take a listen to Chesney’s version below; you’ll be glad you did.