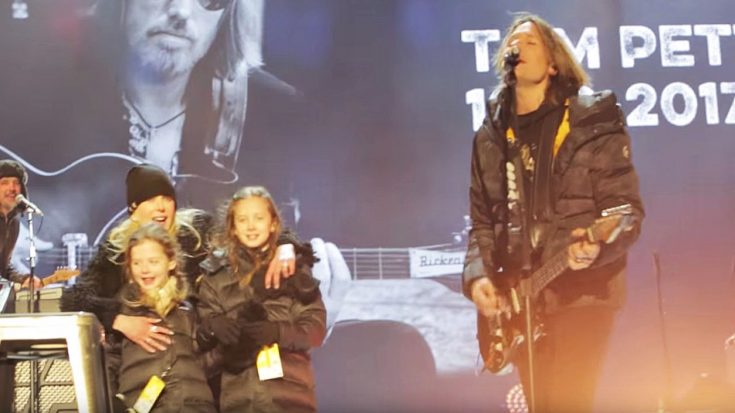 2017 was a year of great loss in the musical world. It was a year marked with the loss of some of the strongest musical figures, including Gregg Allman and Tom Petty.

It was a major year of loss for the country music community as well. Just a few legendary artists that country music lost in 2017 were Glen Campbell and Don Williams, who both had an immense influence on today’s country artists.

Keith Urban is one artist who felt inspired to pursue his dreams in country music after growing up listening to artists such as Campbell and Williams.

Like many country artists of this generation, Urban was also influenced by artists outside of country music. As a result, he grew up regarding stars such as Allman and Petty as musical heroes as well.

Putting It All In Song

After experiencing the loss of so many of his peers and icons in 2017, Urban decided to honor them the best way he knew how…through music. He performed a medley of their many legendary songs during the 2018 Jack Daniel’s Music City Midnight: New Year’s Eve celebration in Nashville.

Speaking before his medley performance, Urban said that 2017 had been a “crazy year.” With tears in his eyes, he began to speak about all of the artists we lost, and spoke about how important they were.

“This year we lost a lot of our friends, a lot of musicians, a lot of the people that influenced me…and I wanted to put together this medley this year as we bring in the New Year to celebrate them and remember them tonight,” he said.

From there, Urban moved into a performance of the Soundgarden song “Black Hole Sun” as a tribute to the group’s frontman Chris Cornell, who passed away in May 2017.

After that, he led into a “Midnight Rider” tribute to Allman before singing “Johnny B. Goode” in honor of Chuck Berry.

In the middle of his medley, Urban sang three songs to honor three influential figures in the country music community who passed away in 2017. The first of these songs was Williams’ “Tulsa Time,” which Urban followed up with Campbell’s “Wichita Lineman.”

To wrap up the country segment, Urban sang Montgomery Gentry’s “My Town” as a tribute to Troy Gentry, who was killed in a helicopter crash in September.

AC/DC’s Malcom Young earned a tribute from Urban through his cover of the group’s famous song “Back in Black.” Finally, Urban concluded the medley with a complete performance of Petty’s “Free Fallin’.”

He was joined by three special guests during that portion of the performance: his wife, actress Nicole Kidman, and their two daughters, Faith and Sunday.

The girls’ appearance was especially notable, since Urban and Kidman have previously kept them almost entirely out of the public eye.

The trio danced around for a little bit while Urban performed, but eventually went back behind the stage before the end of the song.

The amount of care and passion that Urban poured into his medley shows just how much respect he has for the artists who came before him. We couldn’t think of a better way to honor such important figures in musical history.

You can catch Urban’s full medley tribute performance in the clip below. We will miss all of the artists he honored, but their legacies will forever live on through the music they left us with.