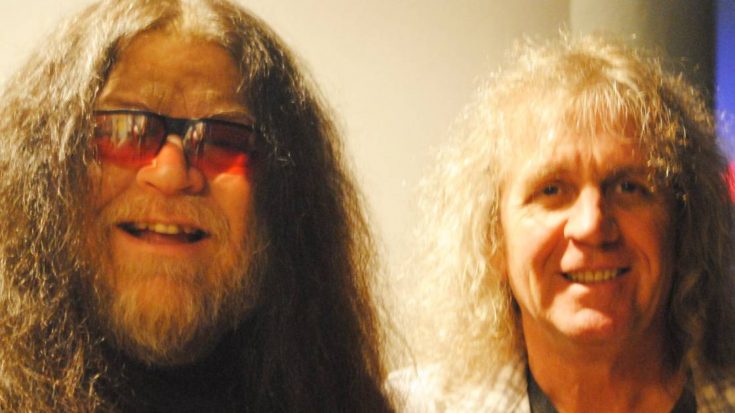 In the 1970 and 1980s, rock band Kansas appeared on the Billboard charts for over 200 weeks thanks to their nine gold albums, one platinum albums, and three multi-platinum albums.

They are responsible for the hit songs “Dust In the Wind” and “Carry On Wayward Son.”

Robert Steinhardt was one of the founding members of the iconic band, and served as the band’s co-lead singer and violinist. Sadly, he passed away on Saturday (July 17) from acute pancreatitis.

In a Facebook post, Robert’s wife, Cindy, revealed he was admitted to the hospital for his illness on May 13. She wrote, “Later that night he went into acute septic shock and was placed on life support.”

He fought and fought for 65 days and things were looking up, but on the day he was supposed to be released to enter a rehab facility to build his strength, “a fever set in, blood pressure became uncontrollable, the sepsis reared it’s [sic] ugly head again.”

Before his illness, Robert was working hard on a comeback.

Cindy wrote, “Robby had been recording his new album with producer Michael Franklin, who put together an all-star cast of famous musicians in support of Robby’s comeback,” his family’s statement continued. “Steinhardt was very proud of this project, slated for release in late 2021. He had begun rehearsals for a national tour when he became ill.”

Our thoughts and prayers are with Cindy and their daughter Becky as they mourn their loss.