Johnny & June Delight All The Children With Enchanting Christmas Carol 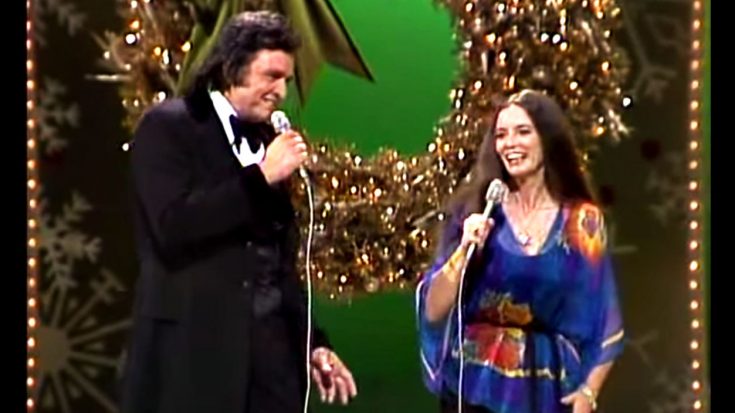 The pair of legends put the sparkle in these children’s eyes as they sing one of the classics that we all know!

Both Johnny Cash and his beloved wife, June Carter Cash were always fond of the holidays and celebrating by spending time with their large family, so there’s no wonder they stopped by Billy Graham’s television show and sang for all the children there!

During this stunning moment in 1977 at what Graham called “A Family Christmas”, Cash first suggested that he and his wife sing a song together.

“You know, I was really happy when I heart that you were calling this ‘a family Christmas’ because I thought that meant I could sing a song with June Carter.”

And with that the two stood to everyone’s excitement and began their country rendition of one of the oldest carols in the book, “I Heard the Bells on Christmas Day”.

The pairing of these legend’s voices is a beautiful sound that will get you in the spirit for the holidays!

If you loved the years of Johnny & June’s television Christmas specials, then you’re sure to love this incredibly festive performance in the video below!