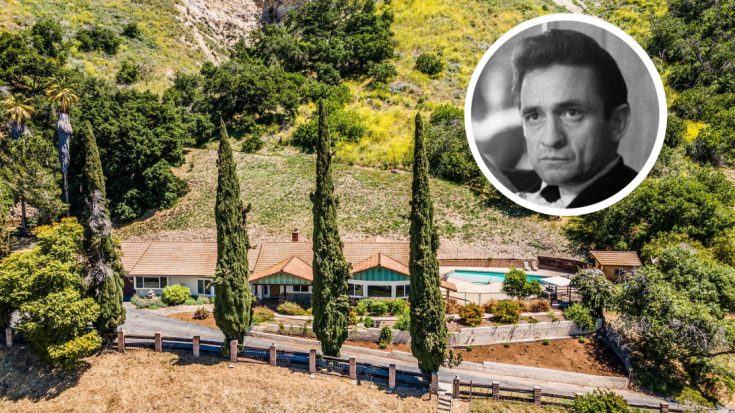 Fans of the Man in Black may jump at the chance to own a unique piece of the legend’s history. The California home built by Johnny Cash and his wife, Vivian, in 1961 has hit the market for a mere $1.795 million.

The home, quietly tucked into the hills of Ventura County, California, boasts 4,500-square-feet of living space that includes 5 bedrooms, 4 1/2 bathrooms, and numerous other features designed by Johnny himself.

The home served “as an escape from the raucous fame of his rock ‘n roll lifestyle. He and his wife Vivian envisioned the rural estate….as a serene getaway for the couple and their three daughters for many years to come. If you know the rest of the story, you’ll know that the homestead was not enough to save them from the forces that were starting to torment Johnny and threaten their marriage,” the real estate listing reads.

The home was built at the height of Johnny’s career following the success of “Folsom Prison Blues” and “I Walk the Line.” But, Johnny would only share the home with Vivian and their daughters, Rosanne, Kathy, Cindy and Tara, until 1966 when Vivian filed for divorce. Records show that Vivian sold the home in the early 1970s, a few years after Cash married June Carter.

The Wall Street Journal reports that the current owners, Chip and JoAnn Hickman, bought the Casitas Springs house in 2003 for about $739,000. Hickman told the publication that many of the features included in the decades-old home are original, including a wall-mounted turntable, an intercom system and a grandfather clock.

See photos of Johnny Cash‘s former home below. And check out the full listing HERE.