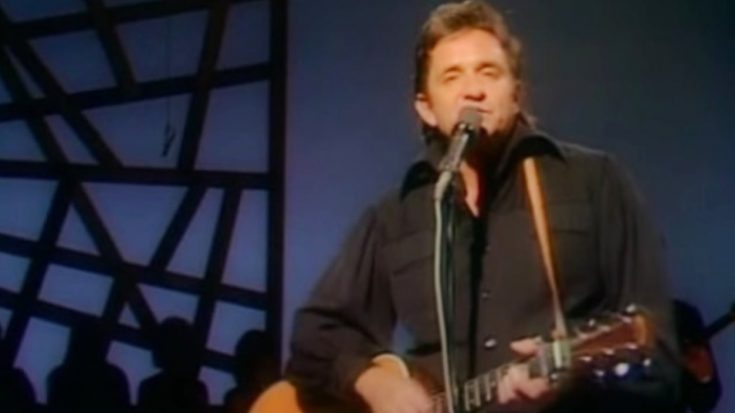 Known as one of the greatest singer-songwriters in country music history, Kris Kristofferson has penned songs for a number of other legendary figures in music history. Just a few examples of some artists who recorded his work include Ray Price, Ray Stevens, and Dolly Parton.

Johnny Cash was another artist who took to the songs that Kristofferson wrote. In 1970, he released his rendition of the Kristofferson-penned “Sunday Mornin’ Comin’ Down,” and scored a number one hit with it. Around that same time, Kristofferson experienced a huge boost in his career after appearing on Cash’s variety show, The Johnny Cash Show.

The two country outlaws established a close relationship with each other, and eventually became the best of friends. A decade later, they joined forces with Willie Nelson and Waylon Jennings to form the iconic country supergroup, The Highwaymen.

But before that, Cash recorded and released another one of Kristofferson’s songs. This particular song is perhaps the most famous one he’s ever written, all thanks to a certain rock artist named Janis Joplin. The song we’re talking about is “Me and Bobby McGee.”

While Joplin’s version of “Me and Bobby McGee” is the most well-known, she wasn’t the first to record it. Instead, it was country artist Roger Miller who first offered his voice to the tune. A number of other country artists recorded the song prior to the posthumous release of Joplin’s rendition.

More country versions of the song followed after Joplin’s death, with Cash releasing his on his 1973 live album På Österåker. Since the song was released in a live format, we thought you’d like to watch a video of Cash singing it live.

The clip we have to show you below is from Cash’s Man in Black: Live in Denmark performance, which was recorded in 1971. Cash effortlessly flowed into singing “Me and Bobby McGee,” all while twisting around to play his guitar in his signature style.

Cash was always an expert storyteller, and he told the story of Bobby McGee in a way that is sure to have you captivated from the beginning of his performance. If we didn’t know any better, we’d swear this song was one he wrote himself. He lives for every word of the song, as if each one came straight from his own heart. And in a way, they kind of did.

Since Kristofferson was one of his best buds, Cash surely felt a sense of duty to do “Me and Bobby McGee” justice. We’d say he did, wouldn’t y’all?