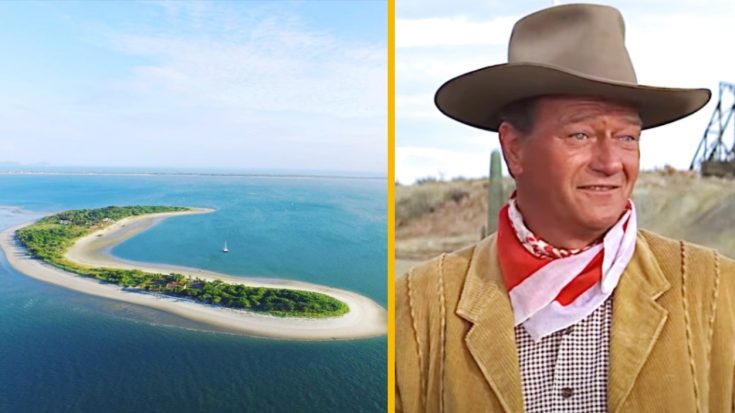 In his Hollywood films, John Wayne also portrayed a tough and brave figure who took up for the little guy, and in real life, Wayne was just as outspoken with his beliefs.

Wayne showed his support of the Panamanian government during its dispute with the United States. Wayne’s wife, Josephine, was a Panamanian native. He received the first hate mail of his career after publicly siding with President Jimmy Carter. Wayne was also awarded an island by Panama’s leader, Omar Torrijos, for the role he played in the diplomatic fight.

Wayne was given Isla Taborcillo. The island is also referred to as “John Wayne Island” because of the John Wayne-themed attractions constructed for tourists. The landmass is about 49 acres, and now, the island is also for sale.

Wayne fans with $16 million burning a hole in their pockets can bid on the ultimate piece of Wayne memorabilia. The private island is just off the coast of Panama City and is praised for its white sandy beaches.

For a closer look at the island, check out the following video.