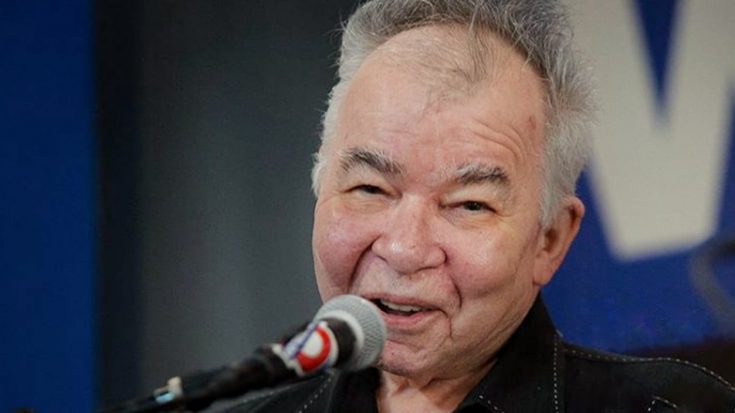 On Sunday (March 29), the family of John Prine shared that the legendary country singer-songwriter had been diagnosed with COVID-19 (coronavirus). His wife, Fiona, previously tested positive for the virus and shared her diagnosis on March 17.

John was also tested for the virus, but his initial test came back “indeterminate.” Just to be safe, he and Fiona isolated themselves from each other while she recovered.

Despite their best efforts to keep John safe, he developed  “a sudden onset of COVID-19 symptoms,” as the family’s statement posted to his social media accounts read.

After being hospitalized on Thursday (March 26), John was intubated Saturday night (March 28). When his family released their statement about his diagnosis, his situation was described as “critical.”

The news of John’s condition came just hours after it was announced that country artist Joe Diffie passed away due to complications from COVID-19.

Prayers from John’s fans and fellow artists came pouring in, as all hoped the 73-year-old country legend would be able to pull through. In addition to being older, John battled cancer in 1998 and again in 2003, placing him at even greater risk.

On Monday (March 30), Fiona jumped on Twitter to update fans on her husband’s condition. In her initial tweet, it seemed like she had good news to share, as she said she had recovered from COVID-19 and described John’s condition as now being stable.

“We are humbled by the outpouring of love for me and John and our precious family. He is stabile [sic],” she wrote.

I have recovered from Covid-19. We are humbled by the outpouring of love for me and John and our precious family. He is stabile. Please continue to send your amazing Love and prayers. Sing his songs. Stay home and wash hands. John loves you. I love you

However, Fiona clarified her statement a few hours later, saying that just because John is “stable” doesn’t mean he’s “improving.”

“There is no cure for Covid-19,” she wrote. “He needs our prayers and love – as do the thousands of others who are critically ill.”

You can read Fiona’s full statement below.

I need to clarify what I mean by “John is stable”. That is not the same as improving. There is no cure for Covid-19. He needs our prayers and love – as do the thousands of others who are critically ill. Stay at home. Wash your hands. We love you.

We’ll continue to pray for John’s quick and complete recovery, and send our love and prayers to Fiona as well.

It’s clear that John’s music has influenced many. Country singers, actors, and everyday people all picked up instruments and sang his songs after learning about his diagnosis.

Two people who paid tribute to John were Footloose star Kevin Bacon and his wife and actress Kyra Sedgwick. Watch their performance in his honor below.

My heart goes out to @john_prine and his family at this difficult time. John's music has touched @Kikkosedg and I so much….We've spent the past two weeks learning his songs while social distancing and staying home. This is take 37 we recorded a week ago of one of our favorite songs of his. His songs have brought us so much laughter, joy, love, and even brought us closer together during this tough time. Let's all send good wishes and strength to him when he needs it most.