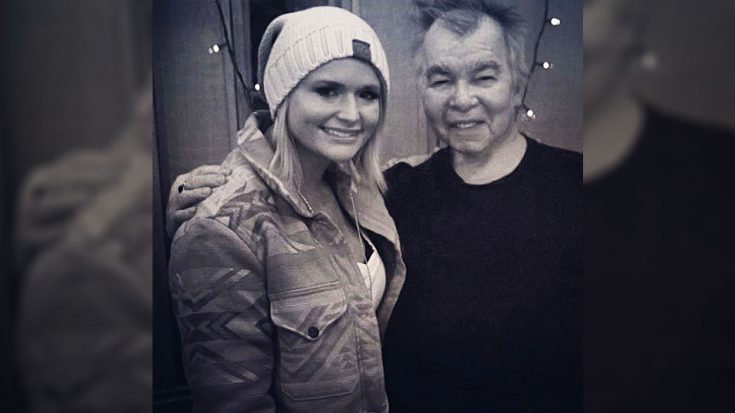 Without a doubt John Prine was one of the most legendary songwriters country music has ever had. As we are saddened by his passing, his legend lives on through his songs.

Although primarily known for being a songwriter for bigger country juggernauts, Prine released music of his own from time to time. Among his many recordings, we get to hear him and featured artist, Miranda Lambert tackle an age-old classic “Cold, Cold Heart.”

This country ballad was originally recorded by Hank Williams in 1951, and brought back to life in 2016 when Prine released it on his own album For Better, Or Worse.

The song talks about being a victim of a significant other’s failed past relationship with lyrics that are relevant for many people today. At the very start of the track, the listener is taken back to Hank’s original recording of it. Prine’s raspy voice, combined with Lambert’s sweet vocals, create a perfect blend for this timeless and nostalgic tune.

Whether you’re a longtime fan or not, this song is sure to become a favorite.

Check out the video below!