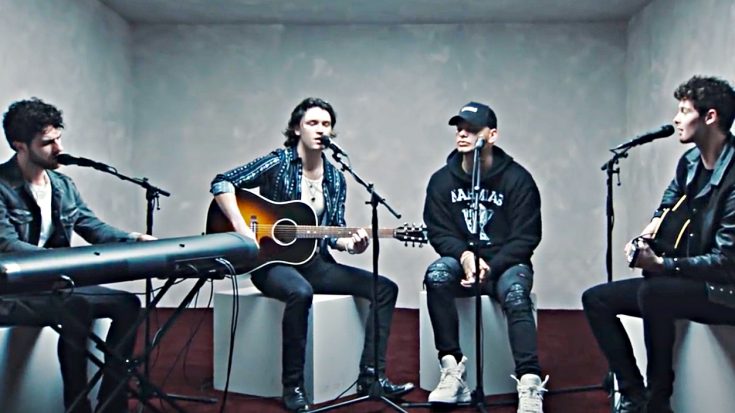 John Denver’s classic song “Take Me Home” has a fresh new sound to it, thanks to the men of Restless Road and with the help of country music chart-topper Kane Brown.

You may recognize Restless Road from their time on 2013’s X Factor, where they placed fourth and reached the semi-finals with the guidance of Simon Cowell.

During the time on the show, they met Kane Brown who was also auditioning as a solo artist but later decided to drop out of the competition.

With the loss of an original member and the gain of a new member, Restless Road was signed to Kane Brown’s label and released their debut self-titled EP, which features their revamped version of “Take Me Home,” featuring a guest appearance from Kane Brown.

This marks the first time that John Denver’s family allowed a sampling of his song, “Take Me Home, Country Roads” to be recorded.

“Take Me Home, Country Roads” was John Denver’s 1971 single, it peaked at number two on the chart for Billboard US Hot 100 and was certified Gold by the RIAA a few months after its release. The song became one of Denver’s most beloved and iconic songs and is still a popular tune almost four decades later.

Restless Road’s version of “Take Me Home” is an exquisite infusion of the country classic, with their euphonic harmonies and Kane Brown’s rich voice it’s a perfect blend of nostalgic and modern country music.

Listen to Restless Road’s “Take Me Home” below.