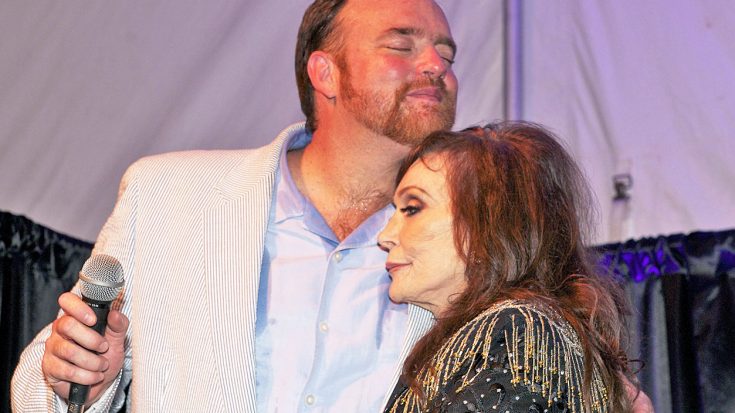 On Monday (January 8), the news surfaced that country music legend Loretta Lynn had suffered a serious fall at her home last week. While the fall happened some time ago, not a word was said about it until her sister, country singer Crystal Gayle, brought it up in a post she made to social media.

Referencing her upcoming birthday, Crystal said that her wish was for everyone to send their love and prayers to Loretta, saying that she broke her hip that previous week. Despite her injury, she said that Loretta was in “good spirits.”

A little later, Loretta’s team confirmed the news of her injury on her official social media pages. They also shared a short message from Loretta, in which she thanked all of her fans for their prayers.

American music icon, Loretta Lynn is recovering from a fractured hip after a fall while at home. She is doing well and thanks all her fans for their thoughts and prayers.

Once the news was out, Loretta’s daughter, Patsy, spoke to People to provide additional details about her mother’s fall.

“She had an accident on New Year’s Day and fractured her hip,” she said. “At my mom’s age it’s so dangerous when it comes to the hip, so we’re all just grateful she seems to be okay. She’s up putting weight on it and starting her rehab now.”

Patsy also said that while Loretta is maintaining a positive attitude, she is a bit discouraged. In May 2017, Loretta suffered a stroke that she spent months recovering from. So she views this fall as another “setback” that is keeping her from doing what she loves.

“She said she’s just mad about being back to laying up watching TV!” Patsy joked.

She also noted that Lynn has been working on a new album recently, and started recording for it. Her last studio album, Full Circle, was released in 2016 and was co-produced by Patsy and John Carter Cash. Later that same year, Loretta also released a Christmas album, titled White Christmas Blue, with Patsy and John Carter serving as the producers yet again.

As the son of Johnny and June Carter Cash, John Carter has known Loretta since he was young. Needless to say, the two share a close friendship, and John Carter cares for Loretta dearly.

So when John Carter heard the news of Loretta’s fall, he was quick to share some words of support for her. Writing on social media, John Carter said he was sending his love to Loretta and her family as she recovers from her injury.

“Miss and love you Loretta,” John Carter wrote. “You are the world to me.”

My love goes out to Loretta Lynn and her family today. Loretta cracked a bone in her hip and is healing quickly. Miss you and love you Loretta. You are the world to me. JCC

You can witness the special relationship that John Carter and Loretta share when you watch the below video of the two of them in the studio together. Loretta is singing her song “Whispering Sea,” which appears on her Full Circle album.

We’re continuing to pray for Loretta’s quick and complete recovery.