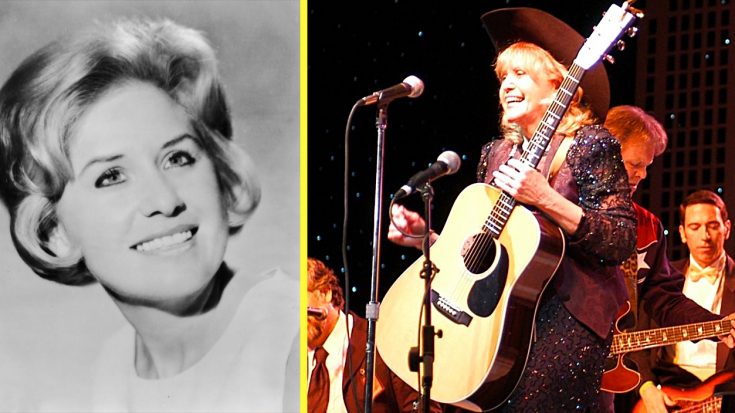 A Texas-born musical force, this beloved songwriter was destined to make music since the creation of her very first band in high school – and her passion only grew from there. Sadly, today we announce the passing of a truly remarkable woman in country music.

I was saddened to learn of the passing of Margaret Lewis Warwick. She and Alton Warwick returned to Shreveport years…

Maggie Lewis got her start with guest appearances on the Louisiana Hayride (something she continued to perform on in her later years) and later, joined the cast. Not much long after, Lewis met someone who owned her own record label, Mira Ann Smith, and through that connection, Lewis began touring and singing backup vocals for Dale Hawkins.

After Smith’s record label was closed down in the early 1960s, both women decided to turn their focus to songwriting and began writing the first of many incredible country hits – their first big success being David Houston’s 1963 country hit “Moutain of Love.”

From there, the songwriting pair moved to Nashville and continued penning great music for artists like Lynn Anderson, Loretta Lynn, Dolly Parton, Connie Francis, and more than a few for country music icon Jeannie C. Riley.

In just a handful of years between 1968-1971, Riley took six songs penned by Maggie Lewis and Mira Smith to great heights on country radio – and songs we still are raving about today!

“The Girl Most Likely” was one of the biggest hits for both Jeannie C. Riley and these talented songwriters and became a Top 10 hit for them in 1969 after its release in November of ’68.

Along with this hit, this trifecta of music makers also put out “The Rib,” “Country Girl,” “Oh Singer,” “Yearbooks and Yesterdays,” and many others.

In the early 1980s, Lewis returned to Shreveport (the home of The Louisiana Hayride) and she and husband Alton Warwick (Mira Smith’s cousin) became incredibly active in the local community – specifically the Louisiana Music Commission and helped revive the Shreveport Municipal Auditorium.

Sadly, Lewis passed away on March 29th, 2019 after a serious bout of pneumonia. She was just 79. A celebration of life was held on April 2nd in Shreveport, Louisiana.

Our thoughts and prayers are with her loved ones during this very difficult time.